“OCTB’s” Justin Cheung Explains Why He Started Cutting Himself 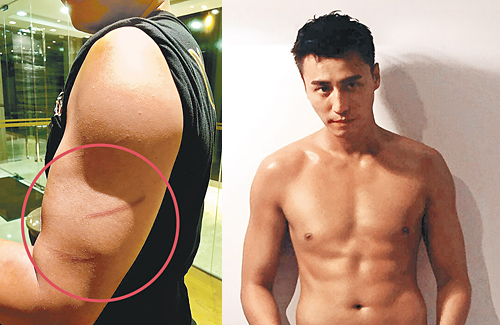 Suffering emotional distress earlier, Hong Kong actor Justin Cheung (張建聲) fell into a habit of self-harm and cutting himself. Due to stress from his work and love life, Justin felt he was about to explode and used a knife to cut his arm many times. Angry, deep scars still mark his left arm.

As his profile continued to rise, Justin stepped into a dark phase in his life. Producing and starring in A Writer’s Lies <作家的謊言> earlier this year, Justin put all of himself into the project. After securing financing, the movie’s grueling 20-hour filming schedule started. At the same time, Justin broke up with actress Kelly Chen (陳嘉莉). Unable to deal with the intense pressure and strong feelings, Justin started cutting his arm.

“After filming OCTB, I saw a psychiatrist and did counseling and respiratory exercises to reduce stress. I was okay afterward, but continued to be busy with work. While filming, A Writer’s Lie, I was unable to withdraw from the character,” Justin said. This dark phase lasted for three months.

Admitting to cutting his arm, Justin said, “When I felt the most lost, I did some illogical things. Was it immature? When you hit rock-bottom, you realize sinking is useless and will quickly wake up. I won’t repeat the same mistakes.”

Justin thanked his friends and Korean fitness trainer for pulling him out of his slump. Playing sports, going diving, training at the gym, and talking about his problems with close friends made Justin more positive. “I’ve found a normal lifestyle again. After suffering this terrible phase, I’ve grown as a person.”

Ex-girlfriend, Kelly Chen, said she was unaware of Justin’s darkest hour. She said,”Everyone will feel lost sometime; he has to take care of himself. If he can’t take care of himself, then he can’t make others around him feel secure, and love others. Only he can overcome it himself and stabilize his emotions. Everyone has high and low points. Even if you hit bottom, you can bounce back again.” 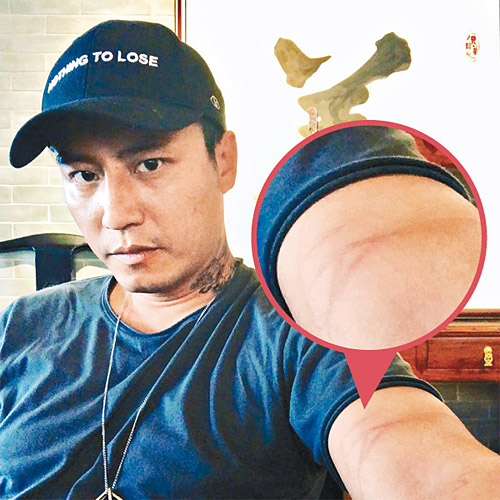