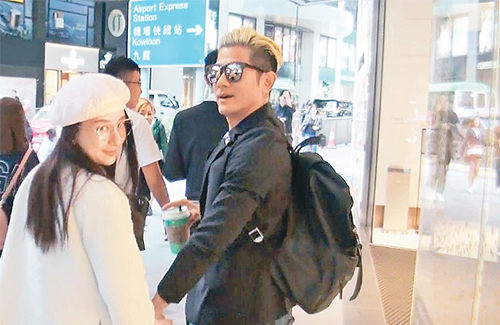 Valentine’s Day was a day for relaxation and shopping for singer Aaron Kwok (郭富城) and his wife Moka Fang (方媛). On February 14th, the heavenly king and his pregnant wife were spotted doing some light shopping in Central. Moka, who is now six months pregnant, also met up with her obstetrician for a check-up. 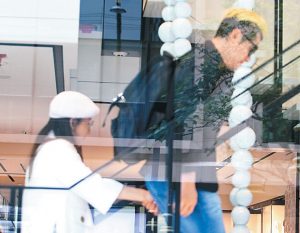 The couple were dressed down and was dropped off by their driver. When they met by reporters, Aaron smiled and waved. Moka tripped on the steps on her way out, but Aaron held onto her hand firmly. “Good thing I was holding onto you,” he said in jest. When asked if he had bought anything for his wife, he said, “Well, it is Valentine’s Day!”

In December 2018, it was revealed that Aaron and Moka are expecting their second child together. Aaron has mentioned before that his ideal family is having two more kids, and that “four is more than enough.” 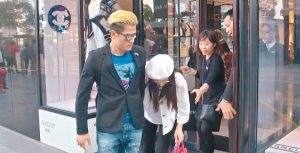