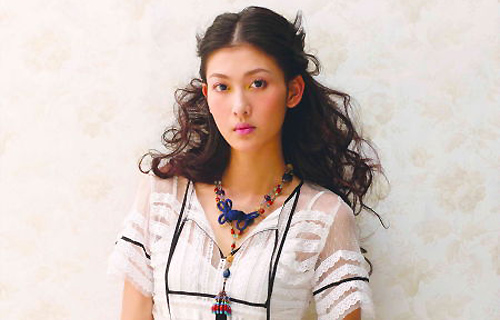 Was Rain Li (李彩華) forced to provide sexual services to businessmen by her former company? The wild claims were made by Chiu Suet Ying (趙雪英), the ex-wife of Universe International Chairman, Daneil Lam (林小明). Chiu claimed that Lam had forced Rain to service the men while she was a contracted artist. Rain has issued a press statement clarifying the scandal.

Chiu Suet Ying and Daneil Lam are currently in an ugly divorce battle, in which accusations have been thrown across the court room. Chiu is suing Lam for breach of promise over the rightful ownership and use of two vehicles, in which she is suing for compensatory fees.

To illustrate her husband’s character, Chiu also cited that former Universe International artist, Rain Li, had complained to her that Lam forced her to provide sexual services to businessmen.  Chiu claimed that one of the terms in her divorce settlement included the termination of Rain Li’s contract.

Lam was uncertain why Chiu wished to slander his reputation, by dragging in Rain Li into their divorce battle. Lam claimed that it was not the first time Chiu had blown issues out of proportion. “She wishes to tie the incident to an actress, inducing a larger press reaction.” Lam maintained that he will sue Chiu to preserve his reputation.

Chiu dared her ex-husband to sue her. She persisted in her claims, “You can ask Rain Li and her mother. When I had discussed the divorce terms, Rain rejected Lam’s indecent proposal and begged me for help.”

Rain Li and her mother, who also acts as her manager, issued the following press statement to deny that Rain had ever provided sexual services to businessmen:

(1) Rain Li terminated her contractual obligations with Universe International in mid-2010.  The recent litigation between Daneil Lam and Chiu Suet Ying subjected Rain Li to be innocently implicated in rumors that damage her image and career.

(2) Since Rain Li’s debut, she insisted on the healthy and positive development of her career track, enabling today’s achievements. In her management contract with Universe International, she had also included a clause stating “refusal to attend any unrelated events to her performing arts work.”  The report of providing sexual services is a serious misrepresentation. She stated to reject any form of the unspoken rules of the performing arts circle at any time. She did not fight, wrangle, nor win. She only wishes to live a simple life and work happily.

(3) She demands an end to the false reports and will use the law as a weapon to maintain her personal reputation.