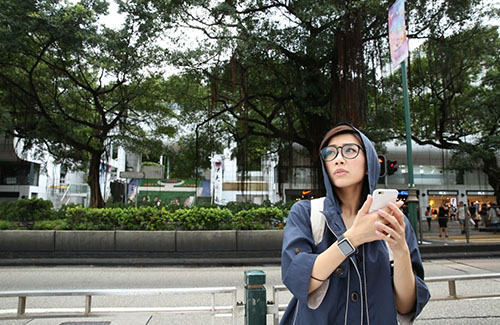 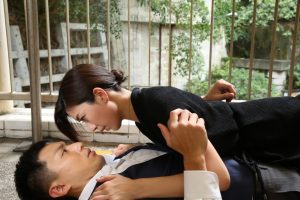 Reviews for Threesome have been generally positive, with many directing their praises to Mandy. She portrayed her three different roles with ease, putting the 35-year-old on the platform as a competitive actress for TV Queen. Even her male costars are receiving praise – Benjamin Yuen is convincing as the lazy scoundrel Kai, and Jason Chan (陳智燊), who plays Mandy’s fiancé, is turning all heads to his direction; Jason is a familiar face in playing TVB gaofushuai roles, but his portrayal as the cowardly Theo, who suffers from constant panic attacks, has brought a lot of laughter to viewers. Critics have noted both improvements in Benjamin and Jason’s performances.

Known as TVB’s “Sunday Queen”, Mandy’s last TVB drama as lead actress, Nothing Special Force <雜警奇兵>, was also put in the Sunday time slot. Compared to weekday dramas, weekend dramas tend to perform less well in viewership ratings, and many Mandy fans have found it unfair that TVB has been giving Mandy the “graveyard slot”. 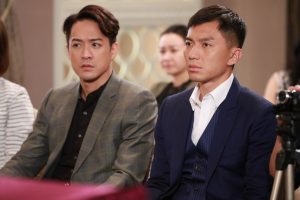 But TVB has its reasons. According to a source, TVB is unsure of how big of an audience that Mandy would be able to bring, and therefore decided on putting Mandy’s dramas in a safer time slot. Following Nancy Wu (胡定欣) and Natalie Tong’s (唐詩詠) footsteps, TVB intends to help Mandy break away from her supporting actress image to lead actress.