Raymond Lam and Carina Zhang Went to Japan for Their Honeymoon 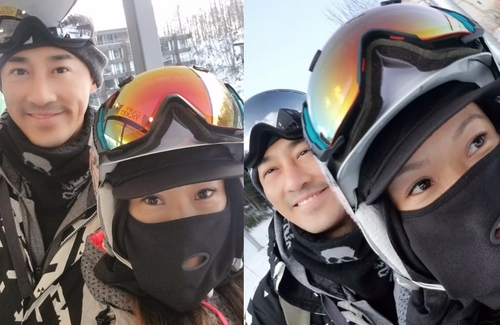 It’s been a long time coming but Raymond Lam (林峯), 40, is officially off the market! On the last day of 2019, Raymond announced he tied the knot with his model girlfriend Carina Zhang (張馨月), 34.

The newlyweds originally planned to hold their wedding last December 8 – on the day of Raymond’s 40th birthday – but they helplessly postponed the wedding temporarily due to the recent situation in Hong Kong. However, according to the terms of the Marriage Registration Office, the couple must get married within three months before their notice of marriage is void. Since they filed the notice last September 26, Raymond and Carina secretly got married to avoid filing for another notice.

About two weeks ago, the media photographed Raymond’s mother coming to Hong Kong from Xiamen. It is believed she was in town to be the witness at their low-key marriage that likely took place in the middle of December. The newlyweds couldn’t wait to show off their matching wedding rings on Weibo.

Afterward, Carina and Raymond flew to Hokkaido for their honeymoon. Under the guidance of her husband, Carina skied well for her first time.

Still, all good things must come to an end. The married couple returned to Hong Kong after about a week of fun. At the airport, Carina was seen with Chun Li-style buns and an eye-catching bright yellow winter jacket. They each had a big suitcase, and Raymond carried the ski equipment on his back. The duo was basking in happiness, talking and laughing as they exited the terminal.

In the past, Raymond often returned from an overseas trip with bags of luxury goods when he traveled with ex-girlfriend Karena Ng (吳千語). However, it seems Carina is not a big fan of high-end brand names since she is rarely seen using luxury bags. However, she loves cartoon products and carried a big bag of Sanrio items at the airport. It’s likely Carina will watch out for Raymond’s wallet in the future. 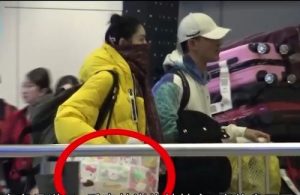 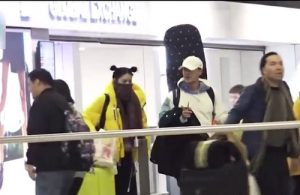