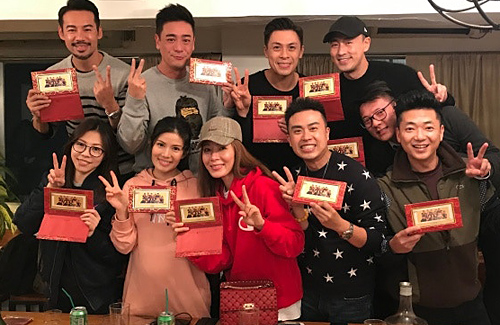 The 13th TVB Artistes Training Class just celebrated their 20th anniversary. During their reunion, Raymond Lam (林峯) bought custom gold plaques for his classmates, which had an engraved image of their class photo. Artistes at the event included Tavia Yeung (楊怡), Meini Cheung (張美妮), Bond Chan (陳少邦), Tsui Wing (徐榮), Mat Yeung (楊明), and Raymond Chiu (趙永洪).Though they are all busy with their respective schedules, the former classmates continued to stay in touch over the years.

Raymond’s gift was definitely the highlight of their reunion dinner as they took many selfies to celebrate the moment. Tsui Wing was very happy that he got to celebrate with his former classmates and shared, “We don’t really talk about the cost or how heavy the gift is; we are more touched by the gesture and memories. We actually meet every year for dinner and we usually pay separately as it has just become a habit.”

Currently five months pregnant, Meini Cheung’s baby bump was definitely protruding through her pink sweater. Standing next to Meini was Tavia, whose pink bag was covering her stomach in the area. Though Tavia has not made any pregnancy announcements, many hope that she will be next to do so. 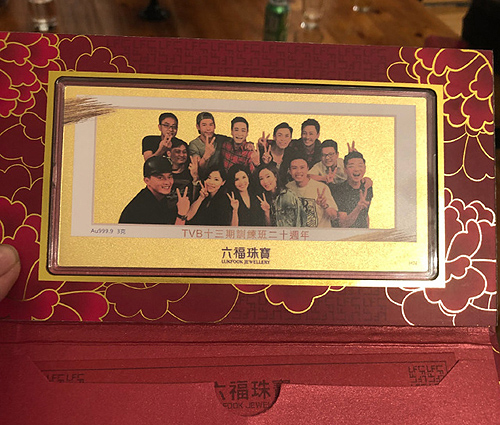