Raymond Lam is the New Voice for the Hong Kong MTR 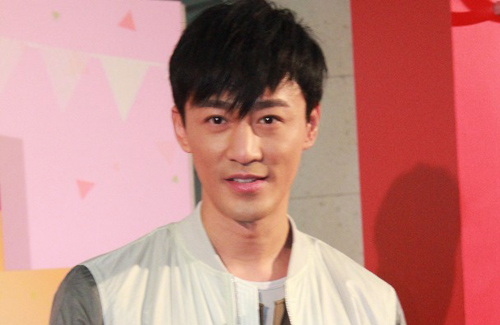 Serving as the new voice for the Hong Kong MTR, Raymond Lam (林峯) recently attended a promotional event with the company’s director, Jeny Yeung (楊美珍). To promote the service, the company issued a special “birthday” of the month for July, where everyone with a birthday on July 12 will get to ride for free on that day.

When asked how he often celebrates his birthday, Raymond shared that he is usually working during those days. If not, he would spend the day with his fans. “I urge them every year not to buy any presents for me. After the birthday gathering though, I sometimes have to reserve another car just to transport all the presents. I keep telling them not to waste money. Perhaps they can donate the money instead.”

Although he is the new face for the Hong Kong MTR, Raymond sheepishly admitted that he rarely took the light rail. However, he has taken the MTR across the harbor before. When asked whether he would wear a hat to avoid being recognized, he said, “No need. Everyone is extremely respectful. The most they’d do is look at me and say ‘He looks kind of like Raymond Lam!’ I would respond with ‘A lot of people tell me that.’”

With projects lined up until the end of next year, Raymond expressed that he will not be returning to TVB any time soon. However, he thanked renowned producer, Lee Tim Sing (李添勝), for praising him in an earlier interview and expressing his regret of never having collaborated with Raymond. Raymond responded, “I have always hoped to collaborate with [Lee Tim Sing]. Everyone knows that he is a very good producer. A lot of his works are classics. But I understand that he needs to take this time to rest. Hopefully we will have the opportunity [to work together] in the future.”

In addition to his busy filming career, Raymond is also focusing his career growth in the music industry. Recently, it was rumored that Hacken Lee (李克勤) will be transitioning from Universal Music to EEG. Despite the possible increase in competition, Raymond is not worried about the division of resources.  “Our company has a lot of resources. There won’t be a problem. Besides, our music genre is different. The company’s artists all have their own style and what we’re good at. Everyone can pursue their own endeavors.”