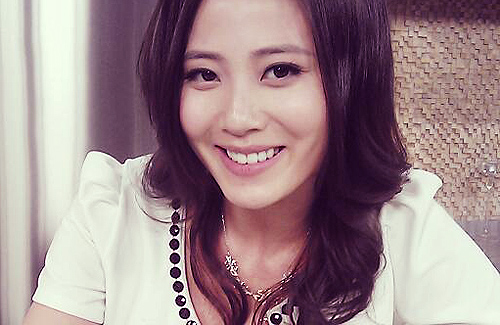 Although TVB’s Silver Spoon, Sterling Shackles <名媛望族> garnered high ratings, positive reviews and acting nods including Tavia Yeung’s Best Actress award, fellow costar Rebecca Zhu (朱晨麗) did not enjoy the same fate. In fact, Rebecca faced much criticism for her lack of acting experience. Because it was Rebecca’s first acting venture and was cast alongside fan favorites, Kenneth Ma (馬國明) and Ron Ng (吳卓羲), many viewers were reluctant to accept her. The harsh criticism that Rebecca faced put a lot pressure on her where she spent many nights crying herself to sleep.

“I tried really hard to play my role well. I knew that I would face some criticism, but it was a lot for a newcomer to handle. I had to take it one step at a time. Every day I would read online feedback about my acting and they would use foul language. It was hard to accept because they don’t even know me and they just start ranting about me. Some even asked me not to act anymore and to get plastic surgery because I’m ugly”, shares Rebecca with tears welling up in her eyes.

Because Rebecca has a small inner circle in the entertainment industry, she did not have anyone to turn to except for her teddy bear. “My friends gave me this teddy bear because they know that my family isn’t with me. I have a habit of taking the bear with me when I travel and I talk to the bear when I’m unhappy. I told myself that I have to be strong and let go. I can’t be so stubborn about everything – I even cried all night on the couch about this. But after I cry, then I’ll feel fine.”

With the holidays approaching, Rebecca plans to spend Christmas cooking a special meal with her mom. Rebecca admits that there are some potential suitors but none of them asked to spend Christmas with her. “If a friend invited me a party, I would go if I have time because it’s fun when there are more people. I realized after I joined the entertainment industry that I like mingling in a crowd. I have cooked a big holiday Western meal before for my ex-boyfriend – and it was actually my first and last time!  I hope that in the future someone will cook it for me. After all, I’m a girl and we all are romantics at heart.”