In comparison to other actresses similar in age, 33-year-old Rebecca Zhu‘s (朱晨麗) career has been lukewarm, and she has not fully cemented her status as a leading actress at TVB. Absent from dramas for one year, Rebecca is not sure when her next series will be.

Meanwhile, Sisley Choi (蔡思貝), Samantha Ko (高海寧), Katy Kung (龔嘉欣), and Roxanne Tong (湯洛雯) have been filming nonstop and appeared in multiple high profile projects. At the same time, younger actresses in their twenties such as Kayan Yau (游嘉欣) and Kelly Gu (古佩玲) are given more chances and posing as increasing competition.

It appears that Rebecca is still waiting for a breakthrough role. Although initially cast in Rosy Business 4 <巾幗梟雄4> as Wayne Lai’s (黎耀祥) sister, Rebecca was dropped from the project after persistent delays and script rewrites. Although funding for the series was secured from China, albeit very limited, Rebecca is rumored to have been dropped out of filming due to her past rumors.

Did Not Get Along With Certain Colleagues

Hopes to Become an Action Heroine

Indicating that she is currently filming a movie, Rebecca is not sure when she will film for a new drama. “The company is arranging it; I’m waiting too!” Meanwhile, she has been primarily busy with live selling and endorsements.

As for future roles, Rebecca would love to star in a wuxia drama, or become an action heroine such as Han So Hee in Korean drama, My Name. “It’s another level when a [female star] can be so cool. She can fight so many guys; it’s very mesmerizing. I really want to watch more of her previous works!” 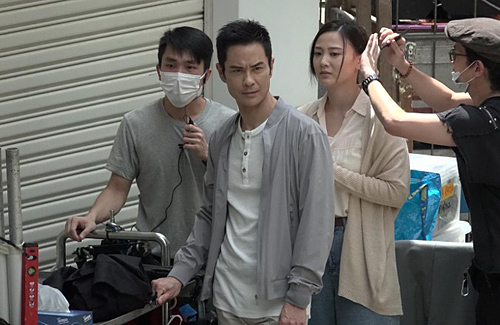 This is the first time Kevin and Rebecca are working together.