Review: “A Change of Heart” (By Miriamfanz) 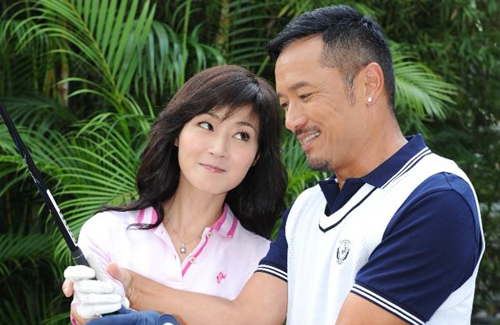 Plot:
A ruthless businessman has A Change of Heart after heart surgery, which greatly displeases his wife, who then has an affair with her subordinate. She suspects her husband of an affair with the girlfriend of the heart donor who was also his doctor and whom has a twin brother that the girlfriend uses to get close to the businessman so she can investigate her mother’s murder, which makes the wife so jealous that she goes to extreme lengths to get revenge. Yet he remains true to her, except it was too late when she found out because she’s done too many bad deeds. In TVB world, that means you must die no matter what because otherwise there will be complaints pouring in from lots of people with nothing better to do and we wouldn’t want that now, would we?

Review:
A Change of Heart is one of the better series so far this year. Then again, that’s not saying much… To start off, this series boosts an attractive cast. The premise is interesting enough. The storyline itself progressed well and is intriguing with overlapping mysteries and curveballs. Even the most unsuspicious characters get embroiled as the mystery unfolds. The ending had some ingenuity, but was rushed as usual. Obviously, the script was far from perfect, but at least we can appreciate that it wasn’t a straight ride from start to finish. Joey Meng was hands-down my favorite character. Ever since Consort Yu (Sheren Tang) of the original War and Beauty, I’ve been waiting for a character that would be equally as brilliant, manipulative and scheming. Joey is just that – chilling and evil to the core. She stops at nothing to get what she wants and never feels a tinge of remorse. This is my first time watching Joey and I can see why she’s such a highly-touted actress. She has great acting skills to go with her impressive looks.

Mandy Wong is quickly becoming one of my favorite actresses with her spectacular performances. Not for the first time, she is able to pull off a loud-spoken, selfish character without coming across as annoying. Maybe that’s the reason she keeps getting these roles, because she is so excellent at that. She is completely immersed into her character and outshone the female lead, Niki, who was stagnant. Niki’s character has a very emotional past, but Niki remained emotionless and distant throughout. At most, she just seemed to be moody. Her character can be unreasonable and too quick to jump to conclusions, which is not exactly a desirable trait for a police officer. Ironically, her best scene was not as herself, but as Joey acting as her in the confrontation with Michael. In that scene, I could really imagine Joey’s character being inside Niki’s body.

The men paled in comparison to the ladies. Bosco Wong plays twins brothers who supposedly differ widely in personality, but he is one and the same for both roles. At times, I was confused as to which person he was. Still, he is charismatic and shares good chemistry with Niki. Michael Miu was entertaining as a super-egoistic businessman, but he lost that appeal after his surgery. I guess I just don’t like watching nice guys. His wife had every reason to be frustrated at him. His altruistic admission of his crime was, frankly, dumb. Vincent Wong and Elaine Yiu’s pairing was nothing to fawn over, nor were either characters vitally important for the story. But Vincent as a dorky detective wanna-be had his funny moments. He actually reminds me of an old classmate who speaks in the same manner. Benjamin Yuen was criticized in The Voice of Stars as being expressionless, and rightly so, because he’s just as wooden in here. The pairing of Benjamin and JJ Jia never radiated that blissfulness as a couple, so it didn’t matter much when their marriage fell apart.

My suggested alternative ending: Joey as Niki should do more sinister things to frame the real Niki….

14 comments to Review: “A Change of Heart” (By Miriamfanz)