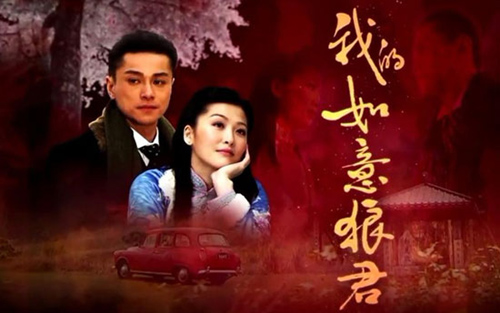 Note: Since this is a review, I’ve assumed you have watched it.

Tung Bun Sin’s (played by Raymond Wong) death makes sense. He died because he committed the greatest crime of all: betraying a woman’s feelings.  The person who suffered the most through his revenge scheme is Ko Yee Kiu, the second child of the Ko family. He stole her heart and she lost her mind.   Have we not been through heartbreak?  Karma and revenge all came to a full cycle when his life ended in the hands of his own victim. Same for everyone else.  They all end up in in their miserable predicament. Tung Kwok  Hing (played by Rebecca Chan) died of a crushed heart (symbolically for the lack of love). Her son, Ko Yee Tai (Joel Chan), was killed by the man who kept begging him for help. The youngest daughter, Ko Yee Nga, will never experience a world of stability and love. And Tung Bun Sin died at the hands of a heartbroken woman.  His death is not a gimmick for ratings (typical of TVB dramas), but a righteous conclusion to a revenge story.  He’s gotta pay for what he did too.  All suffering ends with him.

Rebecca Chan’s acting as Tung Kwok Hing was the most convincing of them all.  Her character’s life depends on her face expressions.  She needs to be tough among all the men. She needs to be vulnerable for forgiveness. She needs to be soft to fend off threats. She needs to be motherly to exude full control- all of this helped her not only survive but control the direction of the story.  The main characters don’t stand a chance.  The story never gravitated towards them because it was written for them already. In comparison, her character came off very enigmatic and attractive. Towards the end of the drama, it focused tightly on Tung Kwok Hing’s emotions,  including the lack there of.  She never broke down.  She was never apologetic for the things she did.  This is very interesting because I rarely see this trait in a female role.  They always seem to learn their lesson in the end.  She committed murder but was clear of conscience.  They did play back all of all her wrong doings but it seems like the director is making this as teaching a lesson to the audience rather than Tung Kwok Hing actually coming to an epiphany.  She might see these flashing images before her death, but I am not convinced that she thinks there was a lesson to be learned.  She died knowing everything she did was right.  She just can’t lose.

Tung Kwok Hing’s facial expressions when she asked for forgiveness from Tung Bun Sin captivated me.  They very moment her tender eyes turned sharp as he walks away.  Her lips closed slightly.  Suddenly my whole energy changed.  I felt a chill pass when her face exude such a natural evil ambiance in a unnoticeable split second.  This is definitely her best acting role to-date and a character that I imagine most actors in their careers would pine for.

I was fascinated by the Matriarch’s relationship to her children the most.  Not only was Tung Kwok Hing’s eldest son providing her with the greatest sense of security, (since the eldest assumes all of his father’s control of property and business); she has also crippled his ability to become a man so she can continue her power over him.  A threat to her son, is a threat to her.  Her insecurities to ensure power over the family and business stems from a lack of human emotions: love. Tung Kwok Hing’s eldest daughter, Yee Kiu, resembles her the most.  Without love, she needs control, she needs stability, and the only outlet is through work.  I think this issue can also relate to the typical modern women of the 21st century.   There seems to be a conflict with what defines women as individuals and the balance of giving up that individuality for a man.  Although Yee Kiu was constantly but passively resisting her mother’s orders, she abides them, not because of filial piety but because freedom never existed for her.  You can’t yearn for something that you don’t know even exists.  It was the appearance of Tung Bun Sin that changed everything she thought she knew.  He showed her what freedom is.  Because of him, she was willing to let go.  She was willing to give up control.  Love is a scary thing.

What I don’t understand was telling the whole story in twenty-ONE episodes.  After being stabbed, Tung Bun Sin refuses to wait for an ambulance, refuses the help of the doctor, walks for at least 12 hours (it was dinner time when he got stabbed and almost morning when he got to the bay side), to land himself on a boat that will take him away into the abyss.  He thinks moments before his death, “We’ll see each other in the next life.” REALLY?  It’s really pointless because there were NUMEROUS opportunities where he could have been saved.  If he wanted to die because he felt that is what he deserved, then I find it really absurd.  He’s not the type to just accept life the way it is.  His character is very much of something like a quote I just came up with, “Live for today. Don’t expect a tomorrow.”  So sacrificing the rest of his life with Tsui Sum, someone who he’s waited his whole life for just doesn’t make sense.  It looks as if the last episode was a last minute decision and the execs had to stretch out episode 20.

What I also didn’t understand was the doctor’s willingness to play into his ridiculous request by keeping his death a secret.   Play up the absurdity by making Tsui Sum think Tung Bun Sin is still alive by placing the engagement ring on her desk?!   This drama puts forward the idea that if it’s not fate, don’t force it, don’t dwell on it, and live life happily.  But in this specific situation, it’s just utter stupidity.  TVB dramas sometimes imply these morals that are just senseless. Anyone remember Steven Ma’s character in “Cupid Stupid” where he could have won the heart of his dream girl, Tavia Yeung, but instead acted on nonsensical generosity and gave her up to Michael Tse’s character?

I wrote more about the troubled family rather than the main characters because simply they were more interesting.  The love story?  Not so much.  The Ko family couldn’t be more different from each other.  All strangers living under one roof.  Not feeling an ounce of humanity, they have to hurt each other to feel.

I must say, Claire Yiu who plays Wun You in this drama provided good comic relief.  I don’t ever remember her playing a comical role.  It was hilarious during the protest scenes and slipping her  mouth during serious moments.  She always played those boring model roles; it was nice to see her break out of that and doing a good job at it.

I never bought into Niki Chow’s role as a business leader or as someone vulnerable.  I thought her acting was a bit stiff.  Nonetheless I don’t remember a moment of her standing out to me as I’m writing this review. Yina’s Notes: This is the first drama I’ve watched in its entirety in 4 months.  Thanks to a recommendation from bff.  Life got crazy as life does and I haven’t had time to sit down to write.  I know this review is a bit late and there’s already 2 great reviews up.  But I miss the whole interaction and I really enjoyed this drama!  Hope you did too!

This review was written by Yina Z., a Contributing Writer at JayneStars.com. Please visit Yina’s blog!