Rocket Girls 101’s Yang Chaoyue Is Afraid to Be Herself 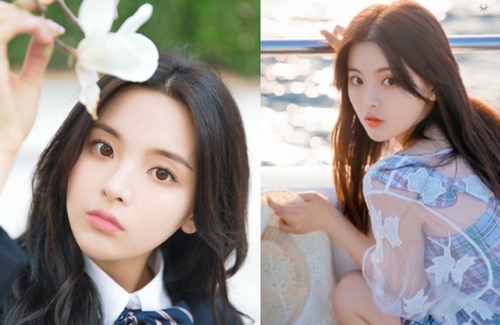 Rocket Girls 101 (火箭少女101) member Yang Chaoyue (杨超越) experienced a surge in popularity after claiming third place in the hit Chinese girl group survival show, Produce 101 <创造101>, in 2018. Though popularity usually fades after some time, Chaoyue’s name is constantly trending on discussion pages. She landed on the hottest search list 55 times and topped the list 10 times. However, being in the spotlight isn’t necessarily always a good thing. The young idol is often criticized by netizens and placed fifth in the Top 20 Most Detestable Female Stars list on the online platform, Douban. In an interview, Chaoyue frankly said it’s too stressful to be herself because there are many people out there who are ready to pick on her every flaw. 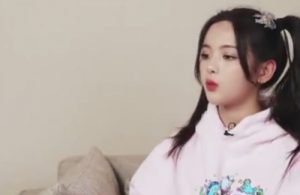 The 21-year-old shared that she puts her heart in every project and job offer, but she realized that she’s been sprinting too hard – like a rocket that has reached its highest point. Though the people around her believe she can work even faster, she candidly said, “I have no energy left, and I don’t know where to recharge either. It’s not possible for someone to constantly strive forward.”

Feeling helpless, Chaoyue also expressed that she struggles with criticisms. Lacking in confidence, she expressed, “There are thousands and millions of mouths out there that can go against you. Everything you say can make people change their mindsets or reinforce different perspectives, so it’s hard to argue. I can only stay silent if I say too much.”

Chaoyue added, “Since I don’t have the qualification, status, and power to persuade others to agree with my opinions, I can only choose to be myself when I can do so.”

After the star’s interview was released, some fans and netizens supported her to be herself. They said encouragingly, “Be yourself,” “Stay forever happy,” and “Very clear, and very nice thoughts. I hope she can continue going further for a better future.”