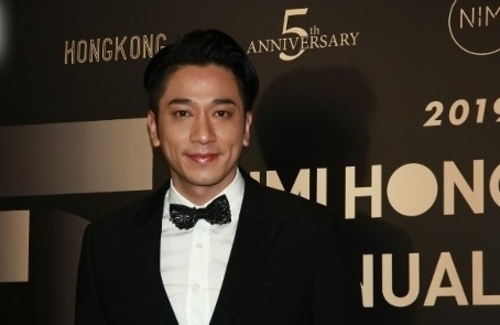 Ron Ng (吳卓羲) attended a gala and revealed he is busy shooting for Shaw Brother’s upcoming web drama Flying Tiger 2 <飛虎之雷霆極戰>. He expressed both he and Michael Miu (苗僑偉) need to be careful while shooting action scenes because a car hit Oscar Leung (梁烈唯) during the first installment of the series and Bosco Wong (黃宗澤) recently fractured his foot while filming for the drama.

“You really need to carefully analyze each action and test them out with the professional stunt coaches,” Ron said. “If everyone gets injured, then we won’t need to shoot the film, so everyone has to keep an eye out for each other. If there are some dangerous scenes that I really can’t do, I won’t force it.”

He added the shooting schedules are longer because costar Bosco’s foot is not fully healed yet, so everyone needs to accommodate him. Ron also revealed Bosco removed five long nails from his foot yesterday and recorded a clip of it, in which the sound of the nail coming out of the bone is audible. “When he was talking about it, I was already cringing, but he suddenly shoved the video in front of me,” Ron shared. “After one nail was pulled out, I told him to stop the clip.”

To make matters worst, Bosco was heard screaming in the video since he did not take any anesthesia as nerves are not really present in the bone and he didn’t want the anesthesia to numb his whole body when he still needed to work. Ron said, “After the painkillers wore off, it started hurting. He would wake up every hour, so imagine how painful it was for him.”

Even though Ron didn’t hurt himself while filming yet, he sprained his ankle while washing his car. “It wasn’t a big deal; you really need to warm up beforehand,” the actor expressed.

In regards to his schedule, he will be flying to Canada to perform a show on the first day of the Lunar New Year, and he will begin filming for a movie once he returns to Hong Kong.