Having landed himself in media hot spot with his recent smoking incident, TFBoys‘ 18-year-old Roy Wang (王源) is again under close scrutiny. His love song “Girl” <姑娘> had gained particular interest, as fans attempted to find out the girl whom he wrote the song for. They are suspecting it to be Nana Ouyang (欧阳娜娜), the 18-year-old cellist and actress whom Roy was allegedly pursuing intensely.

Netizens have drawn this conclusion based on Nana’s vlog, and their interactions in a drama and variety show together. In Nana’s vlog, she had revealed lyrics that were heavily similar to Roy’s love song. Despite, it not being the exact same, many of the meanings and concepts had matched very closely.

Besides, Nana once asked Roy for permission to use “Girl” for her class showcase. Furthermore, one of the lines in the lyrics involved a little golden-colored dog, to which netizens had linked with Nana’s same colored dog that she owns. Another lyric also talked about the girl giving clothes to homeless seniors, and this also coincided with Nana’s annual charity activities.

In Roy and Nana’s appearances in drama and variety shows, netizens noticed they interacted the most with each other on The Negotiator <王牌对王牌>. Adding to the fact that they filmed the drama The Great Ruler <大主宰>, where they acted as a young couple together, this gave fans even more material to work on. Some even created a name to ship the couple and photoshopped images to have them look romantically at each other.

It seems likely that speculations did not surface randomly, as there are many coincidences that suggest Roy is pursing Nana. Fans are suspecting that the reason Roy is working hard to study at the Berklee College of Music in Boston is not only because he wants to achieve his music goals, but also to get closer to Nana. 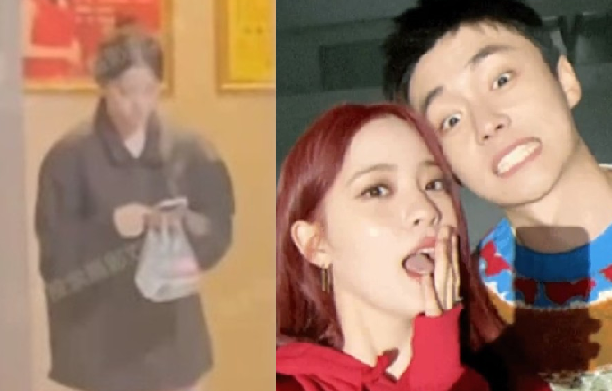