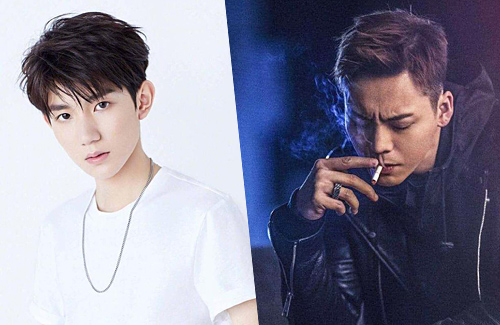 TFBoys‘ second youngest member, 18-year-old Roy Wang (王源) was caught smoking in a restaurant recently. Though he is legally able to purchase cigarettes in China, he has violated Beijing’s regulations on banned smoking in all indoor public spaces. Footage and screencaps of Roy smoking circulated quickly over the Internet, and fans ranging from teens to mothers expressed heavy disappointment at their beloved idol’s irresponsible actions. 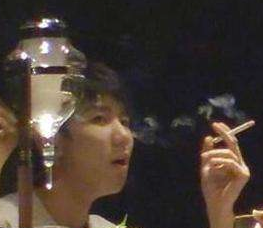 Once Roy’s smoking footage was released, it had garnered an incredible amount of interest and attention. Hashtag ‘Roy Wang smoking’ became the highest searched topic, as article readings generated 1.63 billion views and over 417,000 comments. Even his apology post had attracted 1.34 billion views.

In his apology post, Roy wrote: “I’m sorry! This incident had me deeply self-reflect on my actions. Having made myself become such a negative influence on society, I am extremely sorry and regretful. I am sorry that I am not a good role model. I will take responsibility for my actions and receive my punishment. As a public figure, I will now become much more mindful of my comments and actions. I hope everyone will not copy my wrong behavior. Once again, I apologize to everyone, and I will take this as my lesson to become a better person.” 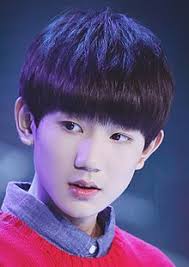 TFBoy’s fandom was torn apart as fans fiercely discussed whether or not they should forgive Roy. His fans divided themselves into two sides, as one adamantly sought to protect Roy, while the other expressed their hurt feelings. A netizen said, “Been watching this child since he debuted, a well-behaved baby in a mother’s eyes.” Many mom fans were upset at his actions, and got angry after seeing Roy being so familiar with lighting up a cigarette.

The restaurant was investigated yesterday, and enforcement officers found that the restaurant had no anti-smoking signs or policies implemented. They also lacked a no smoking management system to regulate potential offenders. As such, the Chaoyang District ordered that the restaurant make the required changes before due date or they would face legal consequences.

Days after Roy’s smoking scandal surfaced, 33-year-old William Chan (陳偉霆) was also sighted smoking inside a restaurant in Shanghai. He was sharing a meal with two women, when he pulled out a cigarette and started smoking. Some fans argued that William was inside a VIP room which was considered to be a private space, so it was in a gray area as to whether he had violated smoking regulations.

However, the controversy was that earlier reports claim William doesn’t smoke or drink. His father had passed away due to lung cancer, so William had possessed “a deep hatred” for smoking, yet he was seen smoking recently at the restaurant. Whether William had personally made these anti-smoking claims, or if tabloids had sensationalized these claims, were unclear though. 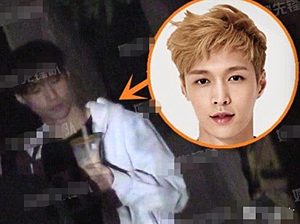 EXO member Lay Zhang (张艺兴) was also sighted smoking while sipping milk tea on the street last week. Despite Lay’s overall clean image, fans were less shocked by Lay’s behavior than Roy’s indoor smoking. Fans felt that the 27-year-old singer is old enough to lead a lifestyle of his choice, and smoking outdoors is not against the law.