Samantha Ko Comes to Terms with Her Sexy Image 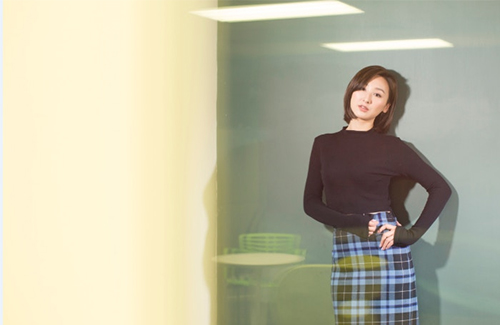 Samantha Ko (高海寧) made a name for being sexy, and it wasn’t something she particularly enjoyed.

“It was never my intention to be sexy,” admitted Samantha. “But that was the image that got people to recognize me. I spent years trying to change it. The company also helped me a lot by casting me in different roles, but honestly, I can’t blame people for seeing me as sexy. That was already my image when I competed for Miss Hong Kong.”

Samantha’s introduction to the industry was in the 2008 Miss Hong Kong Pageant. She finished the race as a top five finalist, and signed an artiste contract with TVB soon afterwards. Her debut TV drama was the sitcom Some Day <天天天晴>. 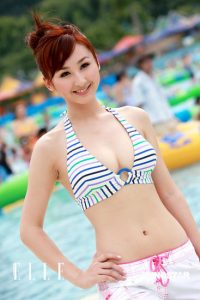 “When I was still competing in the pageant, we went to the Caribbean, and for at least ten days I only wore bikinis. That became the focus, and that’s how Samantha Ko became known as being sexy.”

Known for her voluptuous figure, the 32-year-old actress also became typecasted as such. Many of her earlier roles shared similarly exotic and sexy characteristics. It wasn’t until 2014’s Line Walker <使徒行者> when Samantha finally became recognized as an actress instead of a sex icon.

“I have four upcoming dramas, and none of them require me to be sexy,” she said. “To be honest, [TVB] doesn’t always ask me to do sexy roles. I feel that as long as I show people that I am a hard worker, people will notice my efforts. I wouldn’t need to find a way, such as being sexy, to be recognized.”

But as Samantha looks back in the last decade of her career, she’s come into terms that maybe being sexy isn’t so bad after all. “I’ve accepted being sexy. It’s a compliment actually, because not every girl could have a sexy image. I’m also a very straightforward person. If people find me sexy and womanly, that’s great. It’s good to have both. Whenever I hear people say I’m sexy, I definitely say thank you.”