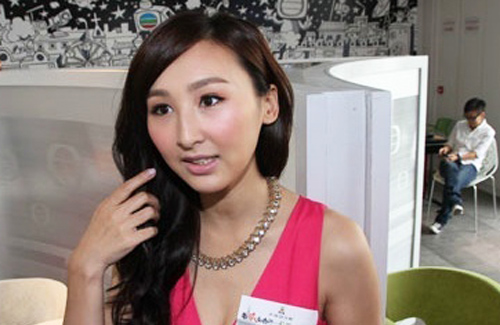 The recent gas explosion in Kaohsiung, Taiwan killed 26 people and injured nearly 300 people. Samantha Ko’s (高海寧) younger brother was travelling in Taiwan for his vacation when the explosion occurred. When she was unable to reach her brother after the accident, Samantha was so worried that she suffered from insomnia.

When Samantha could not find her brother, she blamed herself, stating, “Since my brother graduated, I treated him to a vacation to Taiwan with his friends. Before he left, I gave him the local network adapters so I could find him any time. But after the accident happened, I couldn’t find him and there weren’t responses on WhatsApp. It was so worrisome!”

Call after call, Samantha’s brother finally contacted her and confirmed that he was safe, and his hotel was fairly distanced from the explosion site. Concerned about his safety, Samantha asked her brother to change his travelling itinerary for the time being.

Eddie Peng (彭于晏), who was also in Kaohsiung for filming earlier, expressed his sympathy for those who have lost someone special during the explosion, while hoping that his Kaohsiung friends are safe as well.

After holding a music concert in Kaohsiung earlier, Kay Tse (謝安琪) offered her deepest condolences to the affected family members and hopes that Taiwan would  not have to go through such tragedy again.