Sammy Sum and Katy Kung are Living Together? 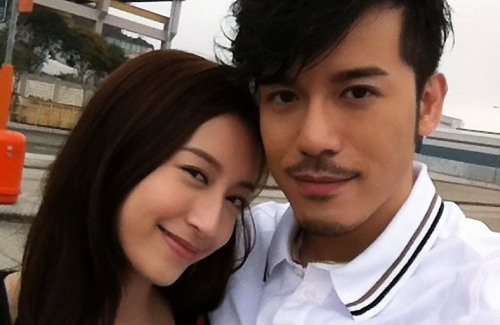 Dating rumors between 31-year-old Sammy Sum (沈震軒) and 24-year-old Katy Kung (龔嘉欣) have been swirling for over a year. In August 2013, the couple was spotted shopping together at a supermarket. The two TVB stars denied their romance, and said they are only good friends. However, they may only be downplaying their relationship as reports claim that Sammy and Katy are now living together.

According to tabloids, Katy began dating a wealthy heir soon after her rumors with Sammy surfaced. Reportedly, Sammy stopped pursuing Katy, but when she broke up with her boyfriend a few months later, Sammy went back to Katy’s side.

Katy’s last high profile relationship was with Patrick Tang (鄧健泓), whom she met while filming TVB’s 7 Days in Life <隔離七日情> in 2010. It ended in a very messy breakup that damaged both of their images.

Prioritizing their acting careers, both Katy and Sammy are very eager to keep their relationship low profile. They have allegedly moved in together to a village house in Sai Kung, but went to great lengths to avoid being seen together in public and do their shopping separately.

11 comments to Sammy Sum and Katy Kung are Living Together?