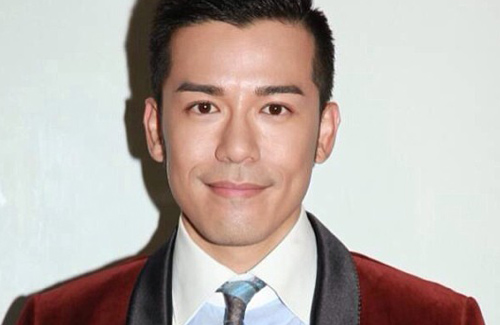 Sammy Sum (沈震軒) admits working in the entertainment industry is not easy. When the 30-year-old receives a new work opportunity, he would always be sure to make the most out of it. Sammy’s persistence has been one of the traits leading to his success. His hardworking attitude and how he never takes job offers for granted helped him advance to new heights in his career. “If you don’t have something today, it doesn’t mean you won’t get it in the future.”

After signing with renowned Hong Kong film and music producer Paco Wong (黃柏高) in early 2013, Sammy has been highly promoted. Paco sees promise in Sammy’s future and aims to have him rise to a lead position. Sammy expressed happily, “I never even dreamed of having Paco sign me. I’ve always been reminding myself to go for the opportunities I’m offered.”

At the moment, Sammy is making progress in both singing and acting. Last year, he released a cover of Nicky Wu’s (吳奇隆) ballad, “Waiting Every Day” <一天一天等下去>, and also one of his new singles, “The More You Say It” <講多變真>. Sammy was recognized at year-end music awards ceremonies. He shared, “Initially, I was worried if receiving an award before releasing my album is a problem. But I later realized the award represents the audience’s approval.”

Besides singing, Sammy also enjoys portraying a wide variety of characters and learning from each of his acting experiences. Viewers first noticed him in 2002 for his player role in the film, Lan Kwai Fong 2 <喜愛夜蒲2>. That same year, Sammy was nominated for Most Outstanding Newcomer at the Hong Kong Film Awards.

Rough Times in the Past

Sammy’s film and music opportunities also lead to greater utilization by TVB. Although Sammy has now been in TVB for six years and is being offered more prominent roles, he recalled his early days filled with hardship. When Sammy first entered the company, he only received $6,000 HKD per month, which was not even enough to pay for rent and transit. Sometimes, he had to borrow money from friends just to eat out.

Sammy revealed, “I was very happy whenever there were drama offers. I was willing to be cast in any role. That’s the way of life in TVB…you must endure it. When I earn money nowadays, I would treat my friends to dinner.” No matter what situation, Sammy believed in being the best of himself.

Earlier, Sammy completed filming TVB’s period drama, The Apothecary <大藥坊>, in which he portrays one of the major villains. The role served as a new challenge to develop his acting skills. Sammy expressed, “I want to thank producer Chui Ching Hong (徐正康) for believing in me and offering me such an awesome role. From start to end, it was quite difficult to accurately grasp the character’s personality.”

With one drama after the next, Sammy is now busy shooting TVB crime thriller, The Apostle <使徒行者>. He is the replacement for Sammy Leung’s (森美) undercover police role after the latter quit due to health issues. Not wanting to give others a careless impression, Sammy would rush home to study the script each day after work. He stars as Sharon Chan’s (陳敏之) lover in the new series and the two will share many scenes together.