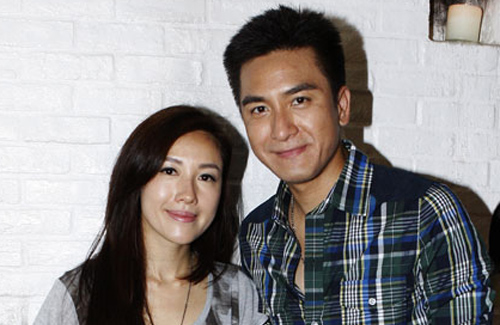 To celebrate the good reception of new TVB wuxia series, Ghost Dragon of Cold Mountain <寒山潛龍>, Selena Li (李詩韻) treated Kenneth Ma (馬國明) and her other fellow costars to a fancy dinner celebration. She was happy that viewers enjoyed the drama so far and praised everyone for their good acting.

Selena felt lucky she was finally able to find a suitable time for the cast to gather, since work schedules often clashed. They enjoyed a delicious meal of Australian wagyu steak, and Selena revealed the bill totaled to five-digit sum. Kenneth added he does not mind treating everyone next time to celebrate their team spirit once again.

According to tabloids, Selena is one of the shareholders at the restaurant they ate at. She admitted “I’m just a minor shareholder! My other investments include a Mexican restaurant and a property flat.” Selena revealed she indeed made some money, although she did not specify how much. “I haven’t filmed any dramas in the past half year, so I need a source of income.”

On the other hand, Kenneth did not participate in any business investments, but would also pay attention to properties for sale. He expressed, “I only look at those within my district, since my parents live there as well.”