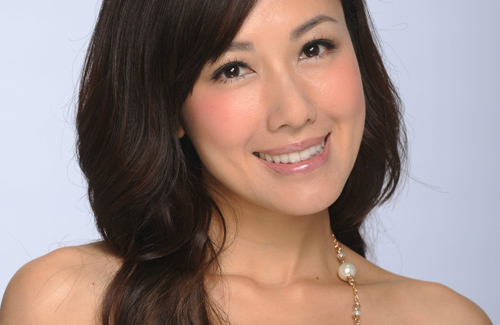 Although TVB is under fire for its alleged plans to cut wages and dismiss some of its artistes, Selena Li (李詩韻) has luckily cut a better deal. At a show taping on April 2, Selena revealed that she has renewed her contract with a doubled salary. She also defended TVB, saying that the company has given her plenty of opportunity to earn additional income.

TVB recently received criticism over its decision to remove long-time children’s program host Helen Tam (譚玉瑛) from her current position in favor of a younger cast. The station reportedly forced Helen to sign a different contract that would make her just a consultant for her show and at a significantly lowered wage. Later, the media reported that TVB has been asking its artistes to sit down with its top executives. Those who failed the interview would be punished by salary cuts or even face termination.

TVB executives denied these rumors on April 2, saying that they are meeting with artistes in order to discover and promote those with hidden talents and untapped potential. They also dismissed claims that they are cutting wages and firing artistes, explaining that they have no plans to do so since they are currently dealing with a shortage.

While most of the news regarding TVB’s artiste management has been negative of late, Selena’s honesty about her new contract shows a different side to the story. Renewing her contract for five more years, Selena admits that the station has doubled her salary, which she celebrated by investing in a small residence. Working at TVB for ten years, Selena shares that she has a good relationship with the company and is happy with her given opportunities. “Some people have said that the company does not allow them to film overseas. However, I was able to film two series last year, one for Singapore, and one for Mainland China.”