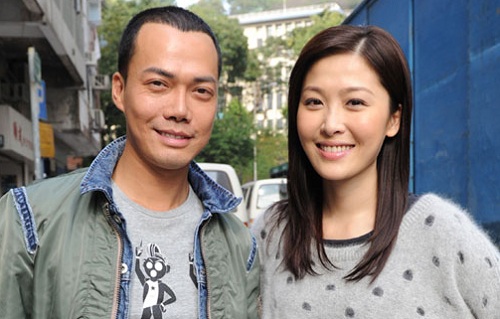 Since the overseas airing and mainland China online streaming of Sergeant Tabloid <女警愛作戰> , the drama has become extremely popular. The Hong Kong broadcast date has not been determined yet, but buzz has spread that TVB wished to film a sequel due to the positive reaction towards the drama! With Michael Tse’s (謝天華) management contract to expire this year, TVB was eager to retain him at the company, perhaps even using the Best Actor Award as a bargaining chip! Meanwhile, TVB will continue to persuade Niki Chow (周麗淇) to sign a management contract, due to her popularity with audiences. Sergeant Tabloid completed filming in February. In April, overseas television stations in Malaysia and Australia purchased the airing rights to Sergeant Tabloid, showcasing the market strength of the drama and its main leads, Michael Tse and Niki Chow.

A sequel was planned for Sergeant Tabloid due to TVB’s high regard for Michael Tse and Niki Chow. A TVB insider commented, “There is a war in the local front! There are less fadans and siu sangs now. Michael Tse cannot be let go! TVB saw the positive audience reaction, so they will help Michael to fight for the TV King title!”

The insider added, “TVB also wants to make Niki Chow a ‘biological daughter.’ They have negotiated for awhile without success yet. Although Sergeant Tabloid has not been broadcast in Hong Kong, a sequel has already been planned. It would be best to feature the original cast! TVB wanted to let Niki see the company’s sincerity!”

Niki’s previous drama, Bottled Passion <我的如意狼君>, was a critical and ratings success last year. As TVB continued to lose its leading artists to outside competitors, the company was eager to recruit Niki to become a “biological daughter” and increase the strength of its fadan base. Although rumored for months that TVB was hoping to sign Niki, there has been no progress in the contract negotiations yet. Niki’s manager said, “TVB has treated Niki very well all along. Whether she is ‘biological’ or not, that is a top secret! We cannot reveal that now!”

Jayne: I can see the appeal of Niki Chow. She seems to have an “X” factor that makes her especially popular in romantic comedies. Not to mention her model good looks. At the same time, it is understand that Niki is taking her time and considering market options carefully before commiting herself to a multi-year contract with TVB.

What do you think of a sequel for Sergeant Tabloid?