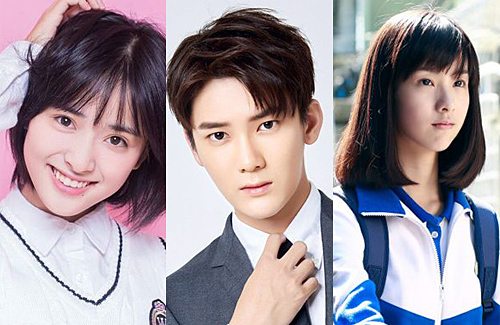 The drama version of “Soul Mate” will star up-and-coming actresses Shen Yue and Chen Do Ling.

Upcoming Mainland Chinese drama Another Me <七月與安生> tells the coming-of-age story of two good friends in their schooling days, giving viewers a glimpse of themes such as friendship, youth dilemmas, and teenage girl issues. Cast members to watch out for include Shen Yue (沈月), Chen Doling (陳都靈), Dylan Xiong (熊梓淇) and Zou Tingwei (鄒廷威) with a guest appearance by Connor Leong (梁靖康).

The drama is based on a novel of the same name by Chinese author Anni Baobei (安妮寶貝). The acclaimed 2016 movie adaptation Soul Mate saw lead actresses Zhou Dongyu (周冬雨) and Ma Si Chun (馬思純) making history as joint winners of Best Leading Actress at the Golden Horse Awards. In the drama, 21-year-old Chinese actress Shen Yue will be taking on Zhou Dongyu’s character An Sheng while Chen Doling will be portraying Qi Yue, played by Ma Sichun in the movie version.

Spanning 48 episodes, the story revolves two girls with radically different personalities, who grew up in the city. Knowing each other since they were 13, they become close friends but due to Ansheng’s interference, Liu Yue’s boyfriend Jia Ming runs off close to their scheduled wedding date, while Liu Yue also gets fired by her company. Regretful, Ansheng tries to make amends by opening a bar to be by Liu Yue’s side, but Liu Yue’s brother Jiu Yue accidentally dies while trying to save Ansheng, worsening the two’s already tense relationship. The story ends with the two leads finally understanding the true value of their friendship after numerous trials and tribulations.

The drama is produced by Jian An (安建) and directed by Cui Liang (崔亮) with a script by Bai Yicong (白一骢) who has written for classic dramas such as Demi-Gods and Semi-Devils <天龍八部>.

Filming wrapped up in September, but the crew has yet to provide an official date of release.

Teaser Trailer for “Another Me”