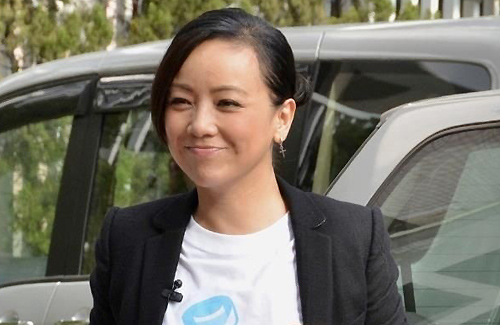 It was reported last week that 47-year-old Sheren Tang (鄧萃雯) had suffered from depression while filming TVB’s production, Beauty at War <金枝慾孽-貳> due to the impromptu changing of scripts and late night filming. However, at an event yesterday, Sheren Tang stressed she had only suffered a minor anxiety attack.

At the National Anti-Drug Tour event yesterday, Sheren clarified that she had faced pressure from several factors at that time. Besides the last minute changes to the scripts, she also needed to make sure that she memorized her lines on time. With the lack of rest and her own high expectations of herself, it led her to having an anxiety attack. “When I filmed War and Beauty <金枝慾孽>, but it was not as severe as this time,” Sheren said.

Sheren had decided that whether filming for TVB or other television studios in China, she would not accept any roles if the scripts are incomplete. However, she made an exception for Beauty at War as she was looking forward to the challenge of reprising her role as Consort Yu in the sequel. Unfortunately, the stress in the lack of a complete script proved too much for her. She said, “It has nothing to do with the fact that I’m filming for TVB. I had no problems filming Rosy Business <巾幗梟雄> or No Regrets <巾幗梟雄之義海豪情> as the scripts were complete before filming began.”

Sheren attributed her fast recovery to both God and good friends, Sammi Cheng (鄭秀文) and Maggie Cheung (張可頤). Through this experience, Sheren also learnt not to be complacent about her health. “I am trying not to take myself too seriously to avoid giving myself too much undue pressure. Health is the most important so I’ll be taking a break. I will only accept roles with a complete script from now.”

Sheren hopes to share her insight with the Hong Kong work force, whom she  feels is under too much pressure.