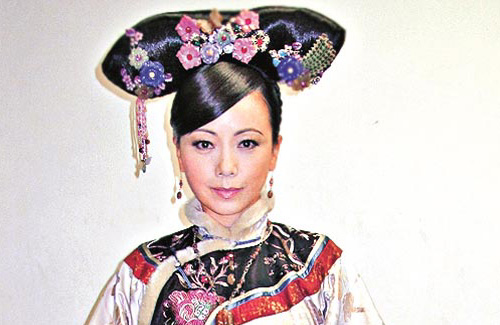 To prepare for filming War and Beauty 2 <金枝慾孽2> in February, Sheren Tang (鄧萃雯) was actively following the best skin care routine to display her most beautiful side in the drama. In an earlier sales presentation clip, Sheren and Ada Choi (蔡少芬) shared a lesbian scene in War and Beauty 2. In a radio interview with Eileen Cha (查小欣), Sheren indicated that the series spoke about the loneliness in the imperial palace and the need to find someone to love.

Should the official theme focus on lesbian relationships, Ada Choi indicated that she will not act in War and Beauty.  Sheren agreed with Ada’s position, as actors possessed social responsibility; the world was already confused and there was no need to praise or preach on same-sex relationships. In addition, her religious beliefs [influenced her viewpoint]. However, if one of the [minor story arcs] were to focus on lesbian relationships, then it will not be too surprising.

In War and Beauty 2, Sheren will continue to portray Yu Fei; however, the character’s personality will not be the same. She will attempt to control the royal harem through different means and manner. Although Sheren has not seen the script yet, but believed that the dialogue will be very difficult to memorize. Sheren was grateful towards Producer Jonathan Chik (戚其义) in casting her as a villainous character in the original War and Beauty and seeing a different side of her.

Jayne: The lesbian relationship between Sheren and Ada will likely remain, although it will not be the main focus of “War and Beauty.” I wonder which additional actresses they will cast as concubines. TVB’s artists seem to be stretched very thin these days, as the popular ones are busy making money by filming in China and the even bigger stars have decided to not renew their contracts.

90 comments to Sheren Tang To Film “War and Beauty 2” in February; Unable to Accept Lesbian Theme