Shu Qi: “Marriage is a Waste of Time” 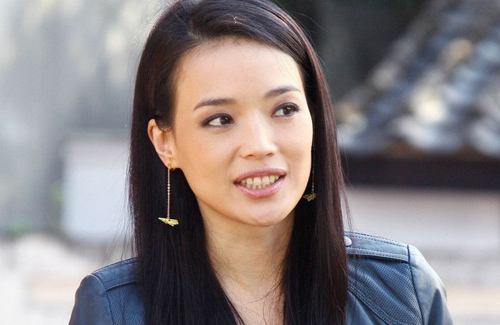 In contrast to her high-profile career, Shu Qi (舒淇) has maintained a very low-key love life. However, the 40-year-old recently revealed her pessimistic outlook over marriage. Heavily influenced by her mother, Shu Qi once believed that marriage was a waste of one’s youth.

Despite romantic links with Stephen Fung (馮德倫) for 17 years, Shu Qi continues to maintain they are only friends. After her close friends got married and started their own families, Shu Qi finally started questioning her previous beliefs on the irrelevancy of marriage.

“My mom was someone who was unlucky with marriage. She was really young back then – she gave birth to me when she was 18 years old. I’m 40 now, but she’s only 58. She believed that she wasn’t able to chase her dreams when she was young because she had to raise a child. That’s why my mom thought that marriage will waste your youth and your life away.”

Shu Qi initially upheld similar values, but they began to change as she aged. Shu Qi said that many people, like her, are stuck in a paradox. “Those who are single envy those who are married, but married couples envy those who are single. I would go out to lunch with my friends and when their children come pick them up, I think ‘Wow, it would be great if I had a son this big right now.’”

Aside from her ambiguous relationship with Stephen Fung for 17 years, Shu Qi has had a fair share of underground romances over the years.

In early 2005, Shu Qi took part in Wang Leehom’s (王力宏) music video and sparks generated immediately. Although she never admitted to dating Leehom, the couple was photographed going into a jewelery store while holding hands. Unfortunately, the flame died out in 2008 due to communication problems.

Shu Qi was also linked with Leon Lai (黎明). Unlike her relationship with Leehom, Shu Qi’s romantic history with Leon was rather dark and painful. A close friend spilled, “Shu Qi’s love for him was painful and full of distress. She lost [20 pounds] and had to see a psychologist due to her depression.”

Working frequently with Taiwanese actor Chang Chen (張震), many presumed their onscreen sparks meant off screen romance as well. Shu Qi explained, “Chang Chen and I are only couples on screen, we have never dated and there has never been any romantic feelings.”

1 comment to Shu Qi: “Marriage is a Waste of Time”