In the industry for eight years, Sisley Choi (蔡思貝) slowly stripped away the title of “Queen of Negative Press” with her hard work and even earned Best Actress in 2017. For two years, she was rumored to be dating Hubert Wu (胡鴻鈞). At the singer’s solo concert last night, Sisley brought her parents along and erupted into tears while watching Hubert’s performance on stage.

When the lights dimmed at the start of the concert, Sisley quietly sat down in the back row of the VIP area. Wearing a hat and face mask, she was photographed sitting with her parents, while surrounded by Hubert’s fans beside her. Seeing Hubert cry while singing the song “Thank You for Your Support” <謝謝你的應援>, Sisley also started crying and wiping her eyes simultaneously. 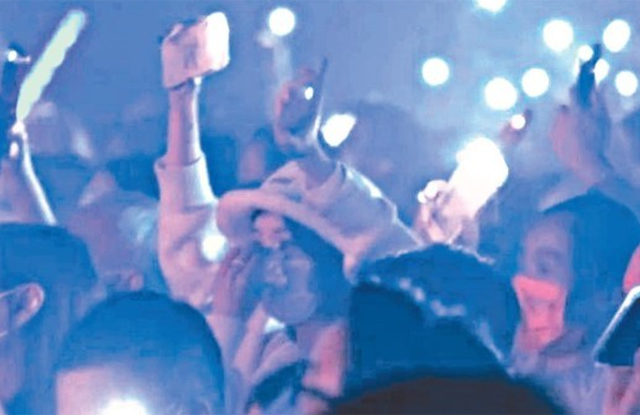 Although the actress’ behavior was interpreted as another sign of their rumored romantic relationship, Sisley said she was only supporting a good friend.  “My mom and dad like to listen to Hubert’s songs. Since I had time off, I thought it would be a good idea to spend time with my parents while supporting a friend.”

As to why she “snuck” into her seat secretively after the lights dimmed, Sisley said she was not sure until the last minute whether her work schedule would enable her to attend the concert.

Asked about her heartfelt tears, Sisley pointed out that many fans also cried at the concert as they understood the amount of hard work Hubert had put in into his performance. As an artiste, Sisley especially understands the sacrifices involved. “It’s not easy, so I understood and [was moved to tears]. When I try hard in filming a drama and it receives positive reception, I would also be very excited. I was moved by his power on the stage.” 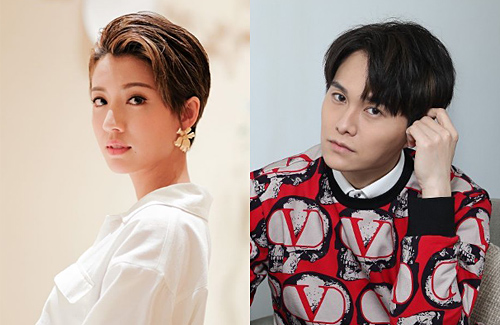 Sisley and Hubert’s close relationship was first exposed in December 2019, when he was photographed driving her in his car. The pair was often spotted together, and Sisley also drove Hubert’s sister’s luxury car for over a year.

In September, Sisley was seen upgrading her residence to a private home in Sai Kung. The actress was then plagued by rumors that her newfound wealth was linked to involvement with a rich businessman named Sam.

Despite this, Sisley continued to be seen driving Hubert’s sister’s car. On claims that she was seeing two men at the same time, Hubert had come to her defense and said, “I’m not affected, but I feel unhappy for her. The reports have hurtful words [which affect her]. If I were her, I would be unhappy. She’s under a lot of pressure–I hope there are no more such reports.”

Asked if he is afraid Sisley would be won over by another man, Hubert had joked at the time, “Then I’ll pursue a wealthy businesswoman, who is richer!”