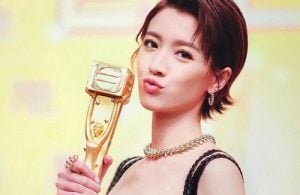 Sisley Choi (蔡思貝), 29, won the Best Actress title at the 2020 TVB Anniversary Awards for her stellar performance in Legal Mavericks 2020 <踩過界 II>. Despite having a rocky start in her career and initially dubbed as TVB’s rumor-magnet, Sisley is slowly proving herself to the public. Aside from recognition in her career, the young actress is also winning in the relationship department. 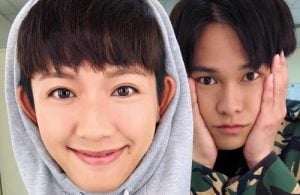 Sisley has often been linked to many male artistes in the past, including Tony Hung (洪永城), Dickson Yu (余德丞), and even the married Vincent Wong (王浩信). Her most recent rumored boyfriend is Hubert Wu (胡鴻鈞), who she befriended during the filming of Battle for the Exorcist’s Meter <降魔的捉妖游戲>. Although the two are often seen together during their highs and lows, they never admitted to the dating allegations, which began sprouting in late 2019. However, their relationship seems to have changed now. When reporters asked if they would celebrate her Best Actress win, Sisley said she hopes the media won’t put the focus on their relationship, but she would celebrate with him since they are friends.

Given that she is reportedly single, Sisley is definitely not short of new pursuers. Allegedly, Sam, the partner of Sun Entertainment Culture’s owner, Alvin Chau (週焯華), is interested in pursuing her after she shot a jewelry commercial for them half a year ago. Sam, 30, comes from a wealthy background and often posts photos of his expensive watches and wine online. In one photo, he even shared a picture of an LV box filled with cash to flash his wealth.

In hopes of winning the actress’s heart, Sam has invested a lot of time and money into pursuing her. He frequently drives Sisley around, and tabloids photographed her getting picked up in his seven-seater car after the 2020 TVB Anniversary Awards ended. Sources also disclosed that Sam bought many expensive gifts for her, and the 70,000 Hong Kong dollars Hermes bag that she posted on Instagram is possibly one of them.