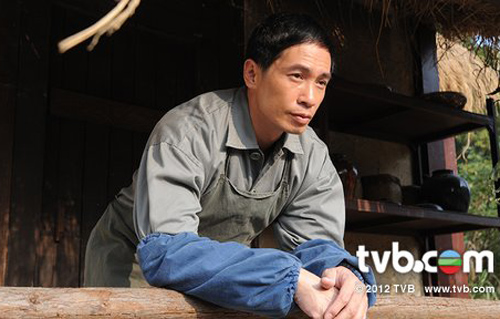 Producer Lee Tim Shing’s (李添勝) TVB drama, The Last Steep Ascent <天梯> is quickly approaching its finale, to be broadcast on October 20. The story becomes even more thrilling and riveting as the villains turn more desperate.

Following the footsteps of his father (played by Cheung Yik 張翼), Edwin Siu (蕭正楠) will become the arch-villain of the show. In one of the scenes, Edwin manages to contact the scoundrel who raped Aimee Chan (陳茵媺) earlier in the series to blackmail her into setting Maggie Cheung (張可頤) up for a fall.

Another scene reveals Edwin burning the herbal medicine warehouse down. Edwin is counting on eliminating the inventory, causing Maggie to run out of herbs to sell, thereby ruining her business. However, a clever Maggie already figures out Edwin’s intentions, and swaps the inventory before the fire happens. Ultimately, whatever Edwin burns down is worth nothing, and he is even arrested afterward. When Cheung Yik discovers that his son is going to prison, he suffers another stroke and becomes paralyzed.

TVB scriptwriters appear to like casting their villains as arsonists. Ngo Ka Nin (敖嘉年) resorted to the same tactics in Rosy Business <巾幗梟雄>, and now Edwin Siu does the same in this series.

While on the subject of the sordid father and son team,Cheung Yick’s acting was highly praised. Apparently TVB did not appreciate the actor; after The Last Steep Ascent was completed, Cheung moved on to Ricky Wong’s (王維基) CTI station. Even producer Lee Tim Shing believes that it is a pity Cheung left right after the shooting of the drama. Tim Gor said he asked TVB to look into Cheung’s contract, only to find out that he had already signed with CTI already.

16 comments to Spoilers for “The Last Steep Ascent” Revealed