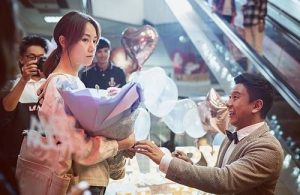 Recently, Stephy made a guest appearance on ViuTV’s program to discuss her second Hong Kong Film Awards nomination for Best Actress. She admitted that she didn’t know how to feel the first time she was shortlisted because it came so suddenly. “This time around, I know how to be happy and enjoy everyone’s validation,” the actress expressed. “This second nomination shows me that I’m capable and I’m not just lucky.”

My Prince Edward, helmed by new female director Norris Wong (黃綺琳), is the 36-year-old actress’ return to romance films. It tells the authentic love story of a woman in her early thirties who has no desire to marry her longtime boyfriend, Edward. They both work in Hong Kong’s renowned shopping mall Golden Plaza, which sells all things wedding-related. Her well-received performance once again confirmed that she’s transformed from an idol actress to a capable actress.

The Beginning of Stephy’s Acting Journey 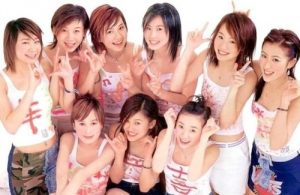 Stephy was once thought to be the successor of Vivian Chow (周慧敏) after she was voted the prettiest girl by her school magazine in 2000. Two years later, she officially debuted as a singer with the girl group Cookies. They sang their way to popularity, and Stephy’s clean and pretty image easily stole the show.

Her first acting experience was with all the members of Cookies. They starred in Nine Girls and a Ghost (九個女仔一隻鬼) alongside Edison Chen (陳冠希). Her green appearance and stiff acting made their way to the big screen just like that.

After Cookies became Mini Cookies, the members flew solo, and Stephy officially entered the film industry. She participated in numerous of Patrick Kong’s (葉念琛) romance films, including Marriage with a Fool (獨家試愛), Love Is Not All Around (十分愛), and L for Love L for Lies (我的最愛). 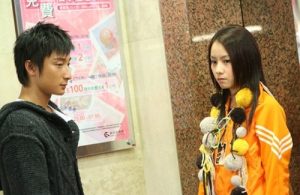 Although Stephy’s characters were all named “Ah Bo” in Patrick’s films, the actress said they were all different in their ways. “Each Ah Bo has their own likable and annoying traits. Some are too dumb and always got lied too, some are too love-oriented, and some are too mean,” Stephy stated.

She added that she is most similar to the one in Anniversary (紀念日) because they are both quite independent.

Although the local love films were all a huge hit in Hong Kong, the acting skills were mediocre. Moreover, the audience was more concerned about her relationship with her on-screen lover Alex Fong (方力申). Viewers were able to witness through Patrick’s movies the journey of Stephy and Alex’s relationship – from colleagues to lovers and from lovers to exes. 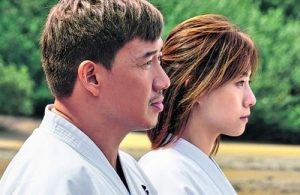 Shortly after their breakup, Stephy bid farewell to Ah Bo and decided to transform. In 2017, she took on three movies at once – The Empty Hands, Husband Killers <女士復仇>, and Somewhere Beyond the Mist <藍天白雲>. She proved her skills through action, and the three films respectively entered the Taipei Film Festival, Kaohsiung Film Festival, Busan International Festival, and Hong Kong Film Festival.

In a surprising move, Stephy participated in another romance film, but this time it was directed by Norris and not Patrick. Norris also helmed the fan fared Margaret & David: Green Bean (瑪嘉烈與大衛系列 綠豆>. However, whether or not Stephy can score a Best Actress win with a romance movie is still up in the air.