Tavia Yeung Tells Him Law to Not Work So Hard: “I Don’t Need Riches” 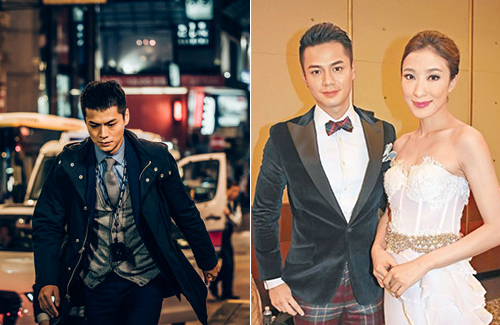 After six months of preparation, the web television series Infernal Affairs <無間道> finally premiered on the Chinese streaming service iQIYI on December 21, 2016. Produced by former TVB executive Tommy Leung (梁家樹), the drama takes place ten years after the events of the 2002 film of the same name. A Chinese police officer (portrayed by Wang Yang 王陽) is sent to Hong Kong to go undercover as a triad member. The same triad sends an informant (portrayed by Him Law 羅仲謙) into the police force to finish what his predecessor had failed to do.

The past six months were difficult for the actors, and especially for Him Law, who opted to do most of the difficult stunts himself. The Tiger Cubs <飛虎> actor recently shared a behind-the-scenes clip on his social media account, which was a scene involving Him with his hands tied to his back, and his head getting dunked back and forth into a tank of water. The entire scene lasted ten seconds. Him was short of breath by the time the scene was done.

Him said in his social media message, “I originally wanted to only show this clip to my wife, but when she received it, I got this reply: ‘Hubby, I don’t need riches or a big house, so you don’t need to work that hard [in risking your life].’ I was so touched! But because of your words, I will work harder so you can live comfortably.”

Him later told the Hong Kong press, “Of course I’m touched [by Tavia’s message]. As a man with a career, we work hard for the women standing beside us. Her words have now become the purpose of my career, so I will work even harder for her.”

1 comment to Tavia Yeung Tells Him Law to Not Work So Hard: “I Don’t Need Riches”