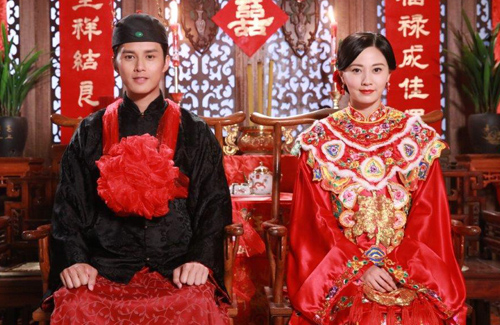 After TVB drama Handmaidens United‘s <丫鬟大聯盟> airs its finale on January 17, the next drama to broadcast will be The Dripping Sauce <大醬園> starring Rebecca Zhu (朱晨麗), Katy Kung (龔嘉欣), and Matthew Ho (何廣沛).

The drama revolves around the growth of a family soy sauce business. This drama will touch on everything from power struggles, family dynamics, revenge, and most importantly women’s rights. Viewers will be able to see rumored off-screen couple Rebecca and Matthew’s sparks fly, as well as the following three selling points: 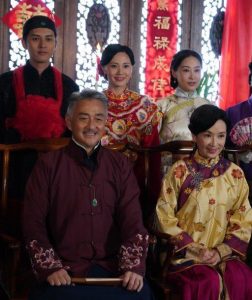 Rebecca’s recent performance in Wonder Women <多功能老婆> received a lot of praise and even the producer commented that she sees a lot of potential in her. In The Dripping Sauce, Rebecca portrays a worker in the soy sauce factory who ends up in a power struggle with Katy Kung and eventually climbs the ranks to become the leader of the soy sauce factory.

Rebecca meets the heir to the soy sauce business, Matthew Ho, who only cares about pursuing pleasure. They fall in love and slowly influence each other’s lives and Rebecca helps guide him onto the road of success.

The Drama is Uplifting

The director hopes that the drama is able to inspire the audience with its story about how hard work will eventually lead to success. He hopes to encourage the younger generation to not give up when they encounter obstacles and to slowly stand back up. Also to not be afraid to take risks in their career, if they work hard they will be rewarded in the future. As well, the drama is also encouraging for females as it shows Rebecca’s rise to becoming the leader of the business in a time where women’s rights and equality have to be fought for.

Playing a couple in Finding Her Voice <牛下女高音>, Hugo Ng (吳岱融) and Mimi Kung (龔慈恩) will be reunited as the owners of the soy sauce business. As the oldest of four brothers, Hugo is the head of the business. He is a kind father who loves his family very much, but has to constantly fight to protect the business from his brothers who do not have its best interests at heart.

1 comment to “The Dripping Sauce”: Rebecca Zhu and Matthew Ho Have the License to Date