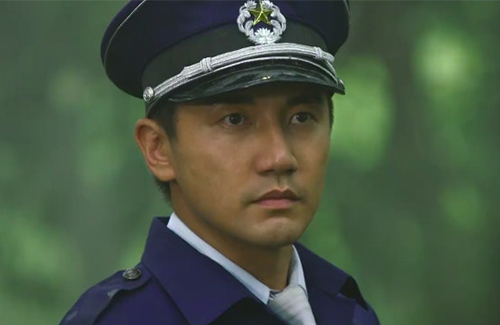 Dicky Cheung’s (張衛健) comeback TVB drama The Learning Curve of a Warlord <大帥哥> was a long time coming, and when it finally premiered last Monday, the show received overwhelmingly positive reviews, largely due to Dicky’s comfortable performance as the lead character, Tik Kei. 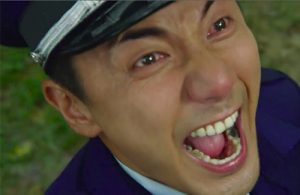 With a strong lead character and a well-written supporting cast, viewers are pleasantly surprised with the show, but one thing that many netizens can’t seem to get over is Tony Hung (洪永城), who plays Tik Kei’s close friend, Ma Tan.

Much like the anime character Tamama, Ma Tan is hotheaded and impulsive. In Monday’s episode Mak Sin-gan (Eddie Pang 彭懷安) seizes and threatens Yuen-yuen (Sisley Choi 蔡思貝), and just as Tik Kei is about to go save her, Ma Tan rushes to her aid. Although he gets shot, Ma Tan manages kills Mak in a frenzy and decapitates him. It was meant to be a heavy scene, but netizens found Tony Hung’s acting so exaggerated that the scene ended up being one of the most hilarious parts of the episode.