Tracy Ip Wants to Marry for Love, Not Money 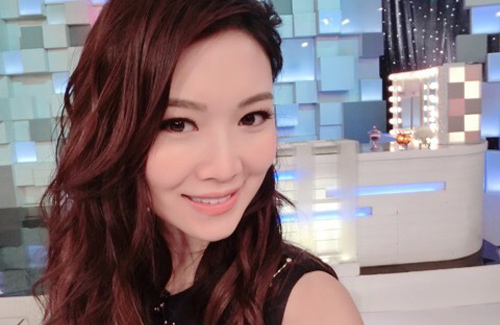 Although the winner of Miss Hong Kong 2005, Tracy Ip’s (葉翠翠) popularity paled in comparison to many beauty queens. Although her acting career has been at a standstill, Tracy is one of the wealthiest artistes at TVB. Dating wealthy businessman Huang You Long (黃有龍) before he married Vicki Zhao (趙薇), Tracy sold the property he gave her and pocketed millions. Currently dating the Vice President of a architecture firm, Raymond Zhou (周曉東), Tracy finally found true love and is ready to settle down.

Tracy admitted to dating Huang You Long in 2008. Tracy’s close friend spilled, “Huang You Long gave her two properties worth $30 million HKD. Tracy didn’t even have to work anymore but when she saw the prices of houses going up, she sold one of them. She also sold her home in LOHAS Park and gained a lot from her financial investments. Altogether, she earned more than $50 million HKD and she said she didn’t want to rely on men anymore. She told me she wants to find someone who cares about her so she can spend the rest of her life with him! Whether the man is wealthy or not, it doesn’t matter.”

Marriage For Tracy and Raymond On the Horizon

Although Tracy has been dating Raymond for less than a year, she has intentions to marry within the next two years. Always having been labelled a gold digger in the past, Tracy surprised many people when she began dating Raymond, whose background is modest compared to the wealthy Huang You Long.

Tracy said, “Since the start, I’ve always felt that it’s enough if my boyfriend cares about me. If he treats me well and treats my father well, money doesn’t matter. Money shouldn’t be linked to love. I’ve never thought about how wealthy my partner is; I only want to find someone who loves me.”

When Tracy’s mother passed away last year, Tracy suffered from depression. Taking months off work, Raymond visited the hospital with Tracy every day to take care of her mother’s insurance claims and the funeral. Not wanting to put pressure on Tracy, he shouldered all the responsibility and only asked her out after her emotions were stablized. Remaining by her side during her lowest points, Raymond’s dedication and caring heart eventually managed to touch Tracy. Even Tracy’s father, who is known to be strict and difficult to please, warmed up to Raymond in the end.

Thankful to have Raymond in her life, Tracy gushed, “To be honest, I’ve thought about marrying him – he has changed me and I think he’s really great. I hope to spend more time with him in the future.”

25 comments to Tracy Ip Wants to Marry for Love, Not Money