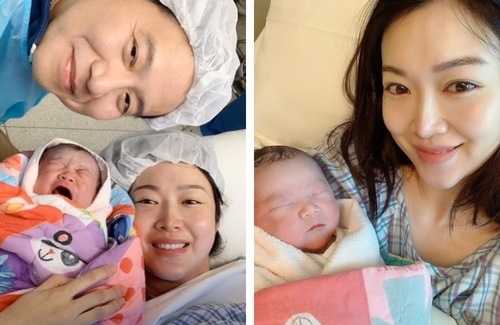 Amid the coronavirus outbreak and political chaos in Hong Kong, former Miss Hong Kong winner Tracy Ip (葉翠翠) made an exciting announcement on Facebook – the 38-year-old revealed she reached another chapter in her life with the arrival of her third child. A mother to three boys now, Tracy shared photos of her newborn son with great enthusiasm. 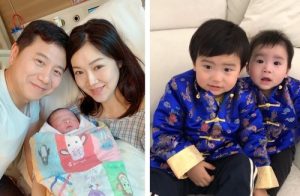 “He arrived 10 days before his expected due date, and he weighs nearly nine pounds,” she revealed in the announcement. “The whole process happened so quickly… the doctor exclaimed that he was really big before I even heard his cries.”

Tracy also frankly said she had mixed feelings about the pregnancy because of the struggles it put her through. “I just hoped everyone would be safe and sound,” she expressed.

In an interview, Tracy expressed this pregnancy was more difficult than the previous two. She explained, “Since I need to take care of two children at the same time, the doctor said it would probably be more challenging because it would require a lot of energy at my age.”

She also shared that she was worried when she found out she had to give birth a week earlier. “But after hearing the doctor say that the baby has already reached his full term and probably wanted to pick his birthdate, I felt less worried,” Tracy said.

Despite concerns about the baby’s weight and early birth, Tracy was reassured that her baby boy has no problems and is healthy.

Tracy Ip Wants to Marry for Love, Not Money