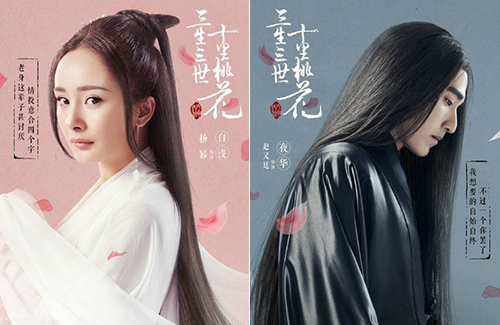 The novel’s first book is also being adapted into a motion picture, starring Crystal Liu Yifei (刘亦菲) in the role of Bai Qian and Yang Yang (杨洋) in the role of Ye Hua. The movie is produced by Alibaba Pictures and directed by Zhao Xiaoding (赵小丁) and Anthony LaMolinara. Both the film and the television drama are slated for a release in 2017.

Three Lives, Three Worlds: Ten Miles of Peach Blossom has also been adapted into a serialized manhua, illustrated by Xiao Yu (小雨). The first issue was released in November 2015.