Every year, TVB will schedule heavyweight variety and drama productions to hype up its Anniversary celebrations. While many thought that Barrack O’Karma 1968 <金宵大廈1968> and Big White Duel 2 <白色強人II> will be the obvious choices this year, TVB has fixed Kids’ Lives Matter <星空下的仁醫> and Take Two <換命真相> as the Anniversary dramas instead, to be followed by Return of the Cuckoo <十月初五的月光> and The Ringmaster <拳王> at a later date. This means Barrack O’Karma 1968 and Big White Duel 2 will not be in the running for this year’s TVB Anniversary Awards, and would only release in 2022! 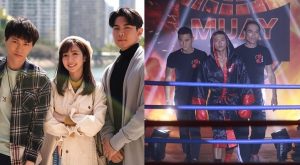 Return of the Cuckoo, a remake of the year 2000 classic starring Hubert Wu (胡鴻鈞) and Regina Ho (何依婷) is set to invite comparison with original leads Chilam Cheung (張智霖) and Charmaine Sheh, while Muay Thai-themed The Ringmaster has Owen Cheung (張振朗) and Wayne Lai (黎耀祥) in the leads.

Sequels Coming Your Way in 2022
Published earlier, TVB’s 2021 Interim Report had stated that the two co-production titles will be completed and delivered to Youku later this year, leading many to place their bets on them being 2021’s anniversary dramas for bumping up ratings. However, that proved too early a conclusion as it turns out that Chinese streaming platforms such as Tencent, iQiyi and Youku also have simulcast rights to these works and a say in their release dates.

As the anticipated sequel to supernatural horror drama with the same name, Barrack O Karma 1968 will see main leads Joel Chan (陳山聰) and Selena Lee (李施嬅) reprise their roles, while the story is still set within the same Twilight Mansion, but in another parallel universe. The ten mini stories to be fleshed out are “7½ Floor”, “Sister”, “Pisces”, “Oppa”, “Visitor”, “Opposite”, “A Fist Within Four Walls GO!”, “Mukbang”, “Wedding Dress” and “Place of Origin”. 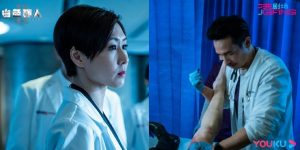 Linda talks about what it was like working with Kevin Cheng and Kenneth Ma.