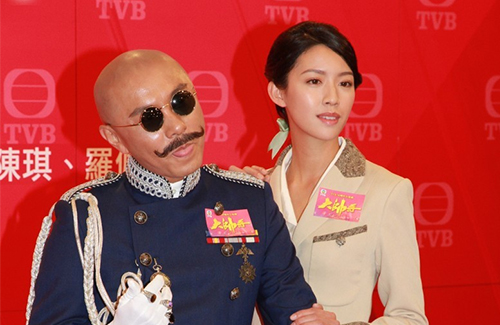 When it was announced that Dicky Cheung (張衛健) would be returning to TVB to film The Learning Curve of a Warlord <大帥哥>, it seemed like a sure deal that the drama would premiere during the anniversary season this year. However, when TVB announced its line up for the 2018 anniversary award season, Warlord was not in sight.

Speculations traveled far and wide as to why Warlord was getting “warehoused.” Rumors say that the show’s female lead, Sisley Choi (蔡思貝), had a controversial image, thus deeming the show unsuitable to air at this time. 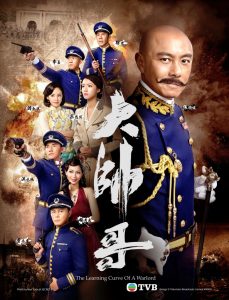 Nonetheless, producer Stephen Tsui (徐正康) finally ended all speculations today when he told the press the real reason why Warlord isn’t airing yet. “[TVB] had an agreement with Youku to air it at the same time. Also, it takes time for the drama to get examined and approved [by the China’s National Radio and Television Administration]. The drama will be released by the end of the 2018! (Has Dicky complained about it?) Of course not! He is very professional!”

As for the rumor that Sisley’s image was the reason why the broadcast of Warlord got postponed, Producer Tsui defended, “We’ve never put her on hiatus. Right now, she’s doing another grand production for TVB. If she had a problem, we wouldn’t have given her such a big drama to carry. She’s a very hard worker and very willing to branch out.”

Dicky was also reached out for comment in regard to Warlord’s late broadcast. Dicky said, “I really don’t know.” Asking if Sisley was the reason behind it, he said, “She’s very serious when it comes to acting. She is very respectful to me and other colleagues.”