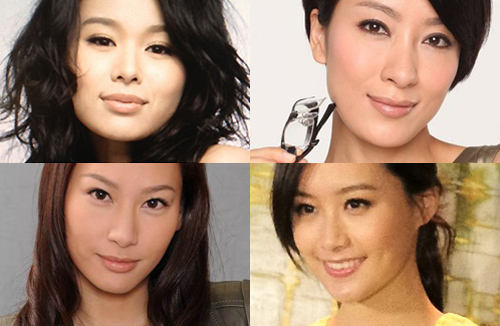 Following the 2012 Miss Hong Kong Pageant held on August 26th, the next highly anticipated TVB show is the TVB Anniversary celebration. Every year, the battle of who will be crowned TV King and Queen grab the audience’s imagination. Since many of the seasoned TVB actors and actresses did not continue their contract with TVB, this year’s race for the TV Queen is between the rising fadaans against three veteran actresses!

Below are the actresses who will likely be nominated and their chances of taking the highly coveted title:

Myolie Wu’s (胡杏兒) TV Queen win last year automatically puts her at a favorable position in the running this year, however her repeat character in Ghetto Justice 2 (怒火街頭2)  did not provide much of a challenging role, and the other two series which aired earlier this year, Wish and Switch (換樂無窮) and House of Harmony and Vengeance (耀舞長安), also did not receive high remarks. Even Myolie admitted that her chances are slim this year.

Being in the entertainment industry for 12 years makes Tavia Yeung (楊怡) one of the more experienced actresses amongst the fadans in the race for TV Queen. While her improved acting has received praise and recognition, Tavia seems to lack fate with the TV Queen Award in the recent years.

However, with good reviews and high ratings on The Hippomatic Crush <On Call 36小時> and Three Kingdoms RPG <回到三國>, Tavia has a very high chance of sweeping the title at the awards ceremony. TVB will also release Silver Spoon, Sterling Shackles  <名媛望族> later this year, which places Tavia amongst the ranks of a respected cast, including Damian Lau (劉松仁) and Idy Chan  (陳玉蓮).

Out of all the fadans, Linda Chung (鍾嘉欣) had the most screen time in broadcast dramas year-to-date, including House of Harmony and Vengeance <耀舞長安) , Witness Insecurity <護花危情> and Daddy Good Deeds <當旺爸爸>. However, none of these characters were as memorable as her portrayal of Miss Koo in Yes Sir, Sorry Sir <點解阿Sir係阿Sir > last year. With that said, her chance of winning is also slim.

There is no doubt that Fala Chen (陳法拉)is one of the actresses that TVB is trying to promote heavily.  While her character in Queens of Diamonds and Hearts <東西宮略> was well-regarded, her acting still lacks the edge that will place her as a favorite to win.

Kate Tsui (徐子珊) is hoping that her soon-to-be-released series Highs and Lows <雷霆掃毒> will earn her a spot on the nominees list. Since she has not had as much screen time as the others including Tavia and Linda, she is at a disadvantage since Highs and Lows will not be airing until later and it is the only series she stars in this year.

In terms of acting experience, obviously the fadans cannot compare to the veteran actresses such as Michelle Yim (米雪), Liza Wang (汪明荃) and Gigi Wong (黃淑儀) who will most likely be recognized for their roles in The Confidant <大太監> and Divas in Distress <巴不得媽媽> respectively.

However, since Michelle and Liza won the award previously, it is highly unlikely that TVB will give it to them again. This year, TVB appears to wish to promote their rising stars of tomorrow! Which actress will be able to win the coveted TV Queen award?