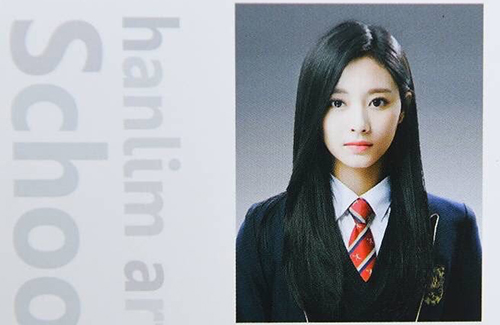 The 19-year-old attended Hanlim Multi Art School, a performance arts high school in Seoul, South Korea, alongside her TWICE bandmate Chaeyoung. Due to their career as TWICE members, both Tzuyu and Chaeyoung entered high school a year later than most of their peers. 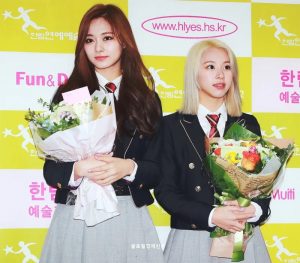 Tzuyu and Chaeyoung’s graduation ceremony was welcomed by reporters. Wearing their school uniforms, the duo also presented their diplomas to the press. Upon receiving their bandmates’ support, Tzuyu and Chaeyoung said they will continue to work hard as members of TWICE in the future.

Born and raised in Taiwan, Tzuyu was discovered by talent scouts in 2012 when she was around 13 years old. After moving to South Korea, she competed in the girl group survival show Sixteen created by JYP Entertainment, which was her entryway to join TWICE.

TWICE debuted in 2016 with the single “Like Ooh-Ahh.” Their follow-up single “Cheer Up” was Korea’s best-performing single of 2016, also winning Song of the Year at the Mnet Asian Music Awards. TWICE is Korea’s only girl group to have three albums certified Platinum by the KMCA since certification began in 2018.