Popular idol actor Song Weilong (宋威龙) may be in a new relationship.

Chinese media is reporting that the 20-year-old actor, best known for his work in Yu Zheng (于正) dramas such as Untouchable Lovers <凤囚凰> with Guan Xiaotong (关晓彤), could be dating 19-year-old supermodel Zhao Jiali (赵佳丽), as the two were spotted acting intimately with each other inside a car.

The paparazzi reported that Song and Zhao looked like they were kissing. 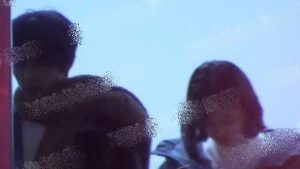 When they were dropped off at another spot, Zhao helped Song zip up his jacket as he stepped out of the car. They then walked into a printing service store with linked arms, as if they were a couple.

There have been multiple reports alleging that Song and Zhao are dating, with a source claiming that the rumored couple recently returned from a trip to Japan. Song did share that he went to Japan in a recent Weibo post, and took many photos.

Song’s last public relationship occurred in 2017, when he was spotted kissing Jelly Lin (林允). After those photos were leaked, both parties came forth with a statement, claiming that while they did try dating, they’ve decided that they were better apart.

Song debuted in 2015 and came to prominence after starring in Yu Zheng television dramas. Zhao is one of China’s most successful young supermodels—she was only 17 years old when she debuted with Prada, and has worked with many famous fashion labels, including Louis Vuitton, Christian Dior, and Cedric Charlier.