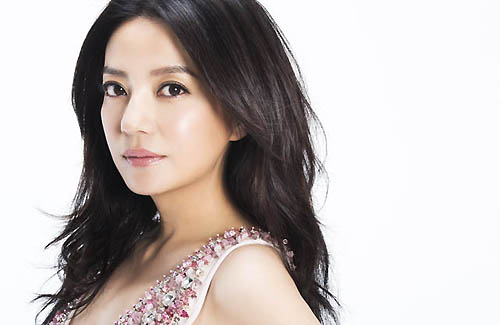 In 1998, when actress Vicki Zhao (趙薇) was still just a student at the Beijing Film Academy, she was catapulted into fame thanks to her performance in the popular TV drama Princess Returning Pearl <還珠格格>. Since then, she has remained at the forefront of Chinese television and cinema, and she even became the first Asian actress to have her handprints immortalized at the TCL Chinese Theatre in Hollywood.

Despite her success as an actress, film director, and even business investor, Vicki remains down-to-earth about her career and life. In an interview with Tencent Entertainment, she discussed life after Princess Returning Pearl, her views on making money, and the one thing she finds most luxurious about life.

Overwhelming Pressure Made Her Successful

A self-described daydreamer since youth, Vicki shared that when she was little, she would write essays about how she wanted to become a doctor or a teacher – but only because she knew writing about such topics would please her teachers and parents. In reality, her only dream was to become “someone who could live independently.”

In fact, when she applied to the Beijing Film Academy, Vicki had no strong desire to become a red-hot actress. Her main objective was to use studying as a way to discover her true self. “At the very least, I wanted to become someone with a little more culture,” she admitted.

When Princess Returning Pearl exploded in popularity, Vicki was as surprised as everyone else. There was a period of time in which she could barely go outside without being bombarded with requests for interviews and autographs. She said that sometimes, she felt like a little animal, frightened by all the attention.

Over the years, however, Vicki grew accustomed to this type of life, and she even attributes her success to this constant attention. “These many years, I have faced all sorts of pressures that I could not bear by myself,” she said. “I rose and fell in the melting pot of what people said about me – when they say you’re good, it’s like you’re in the heavens, but when they say you’re bad, it’s like you’re mud under their feet. My shoulders are actually quite strong.”

“No So-Called Winners in Life”

Although many people see only Vicki’s successes in life, she shared that there was a period of time when her career didn’t go as smoothly as she’d hoped. After Princess Returning Pearl, she tried out more artsy films, but because none of them did well at the box office, she returned to commercial films.

Nowadays, Vicki has the freedom to pick and choose what she wants to do, though that does not mean she just slacks off. When she directed the feature-length film So Young <致我們終將逝去的青春> in 2012, the crew marveled at how she was always the first one on set and how she wanted to be personally involved in every aspect of making the movie.

Vicki did admit, though, that she can be a little lazy about making money and that she does not entirely understand business investments. “Of course, money is very important,” she added. “If you don’t have money, there are a lot of things you can’t do. When you don’t have money, you have no choice but to think about making money and you will do a lot of things that are against your will.”

When asked how she feels about being called a “winner in life,” due to her successful career and her happy family life, Vicki responded, “Actually, there are no so-called ‘winners in life.’ I feel like no matter what I do, whether I do a good job or not, I will constantly ask myself if I worked on it diligently…. You are most clear on what you yourself are doing and what you need.”

It is comforting to see that although she debuted at a young age and grew up under the constant eye of the media, Vicki still has a good head on her shoulders. When asked what the most luxurious thing in her life is, she went for simple and sweet: “Having time to spend with my family.”

This article was written by Joanna for JayneStars.com.

1 comment to Vicki Zhao Reflects on 17 Years of Success