Vicki Zhao Used To Be a Tiger Mom 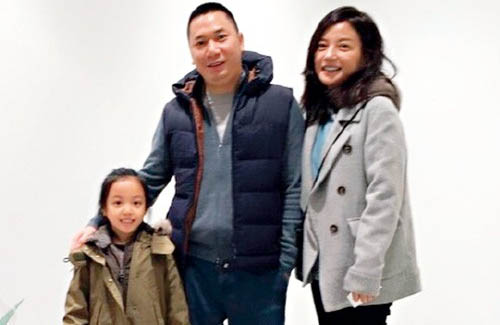 Vicki Zhao (赵薇), billionaire actress and one of the highest-paid artistes in China, used to be a tiger mom. She married Singaporean businessman Huang Youlong (黄有龙) in 2008, and welcomed their first and only daughter, Huang Xin (黄新), in 2010.

Like the parents before her, the 41-year-old actress gave her daughter, nicknamed Xiao Siyue (Little April), a very strict upbringing. At a lecture Vicki delivered in Hangzhou earlier, the Painted Skin <画皮> actress shared that she used to hit Little April when she misbehaved. Perhaps this extreme parenting was influenced by her own mother, who was a disciplined teacher.

“But my daughter is not me,” said Vicki. “I wouldn’t really care if I get spanked. I’d forget about it the next second. But my daughter would remember it, and she would not speak to me for a week. Every child is different. It takes time to get to know them.”

Having to manage so many acting and directing gig, family time for Vicki has always been hard to come by. Because of work, Vicki would miss Little April’s milestone birthdays or major school events.

“I have deep regrets,” she said.

Vicki quickly realized this, and her parenting styles softened. Using physical punishment to discipline Little April won’t bring the mother and daughter any closer. Learning her lesson, Vicki said she has gone to using a “cat mother” approach, and spend as much time as she can with her daughter.

“She’s not scared of me now,” said Vicki with a chuckle. “I’m not the tiger mom. She’s the tiger daughter! Not only is she not scared of me, she even berates me! Because I spend too much time on work, I have a very low status at home!”

1 comment to Vicki Zhao Used To Be a Tiger Mom