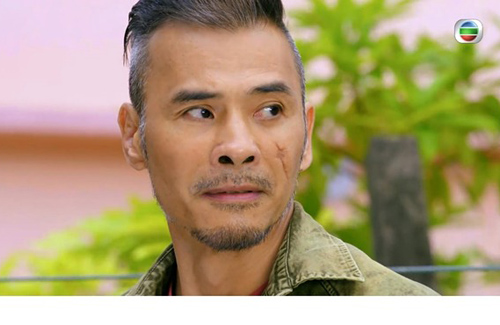 The actor shared about his hardships during his youth, including taking on cleaning jobs to make ends meet.

Often portraying villainous roles onscreen, 55 year-old actor Vincent Lam (林偉) once again played a ferocious criminal named “Mountain Dog” in recent TVB drama The Defected <鐵探>. However, the actor has a soft-spoken personality in real life and is a filial son to his mother.

Took on Multiple Jobs When Growing Up

The youngest in a family of four sons and a daughter, Vincent was born in an area replete with wooden huts. The family only moved to a shop house when a fire broke out at the pigsty when he was four.

The actor recalled how life changed after he lost his father at the age of 15. “When I was in high school, Dad passed away, and Mom had to take on cleaning jobs to support the family. Every day, I would follow her on her job before school began, mainly to clubs and billiard parlors. She would clean the floors, and I would clean areas that required climbing up and down. These times of suffering made us exceptionally close. I got used to listening to Mom, and hardly talked back to her. 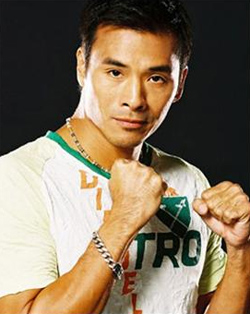 “After work, it was the time cabbies changed shifts so I went to clean cabs to earn some money. On weekends, I would help out at restaurants. I liked it because I would get free dim sum and sodas. During the holidays I would accompany my eldest brother to be a apprentice at garages and was responsible for car waxing and polishing, so I was already pretty fit during my teenage years.”

During this time, Vincent had already worked as an extra. His first taste of acting was ATV’s Gone with the Wind <浮生六劫>. Leslie Cheung (張國榮) was also on set and they had waited in the studio for actor Elliot Ngok (岳華) to return from filming his outdoor scene. The second time was on the set of Dynasty <大內群英> in which he acted as a masked black man, for which he got $23 HKD a day, but he stopped after these two small roles.

Starting out as a model, Vincent laughed when he reflected on the rough times during his younger days. He added that working out was a luxury – he developed his muscular build from helping out at his brother’s garage during the summer holidays.

Gave Mother More Than Half of His Paycheck from First Job

As his family was poor in his youth, Vincent would pass a large proportion of his wages to his mother. “Back then I would definitely set aside a sum for property and family expenses before giving myself anything. I got $1200 HKD each month at my first job; $1000 HKD would go to my mom and $200 HKD would be for myself.

“My mom is already 90 now, she started staying at a nursing home a few years ago, when she started suffering from symptoms of brain degeneration. She started displaying poor memory this year, and I need to remind her who I am. But she is still considered healthy. I have to keep talking to her about the past: which floor did we live on at our old place? Who are the people we lived with? When I don’t have work, I would help massage her in the afternoons and joke with her. Seeing her happy makes me happy too. Sometimes she would touch my forehead, this makes me very touched as our lives were hard in the past and she did not even have the luxury of time to touch my head. I’m afraid of losing this feeling one day so I appreciate it now. Luckily she only suffers from degeneration, and not any bodily pains. Even if she talks to herself or doesn’t recognize me sometimes, I am thankful that at least she is not in pain.”

Almost Replaced in His First Movie 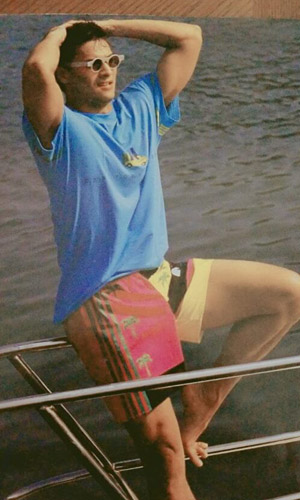 In secondary school, Vincent was peddling insurance policies at Tsim Sha Tsui when he was talent-scouted to be a model. He recalled how the company got him to attend modelling classes. One of his classmates was Michelle Reis (李嘉欣), who was still in high school then. Vincent recalled, “She was stunning.”

Talking about his first movie, Vincent said he was cast as Danny Lee’s (李修賢) brother in Brotherhood <兄弟>. “I was scolded by director Stephen Shin (冼杞然). I only had two outfits in the film – one was a military uniform. I was often reprimanded for wearing the wrong outfit. I was so unaware back then, I would wear whichever outfit the costume lady passed to me. Before filming even ended, I heard news that I would be replaced.”

Fortunately, Danny spoke up for Vincent and said it was natural for a newbie to make mistakes. “Danny Gor added that he did not have time to re-shoot all the scenes if I were to be replaced halfway. So I completed my first ever movie. Danny Gor gave me his guidance for many scenes and I am really grateful for that.” Vincent emphasized that he holds no bad feelings when he encounters director Stephen Shin now.

While the movie Brotherhood achieved good results when it was released in 1986, Vincent had such a bad experience that he did not dare to take on another film project. “I’d rather go back to modelling, no need to remember lines or positions.” He recalled how vulgarities would be flying on the filming set, and how he would be warned about retakes before each scene as filming was expensive back then. Ironically, this made him even more nervous and resulted in more retakes.

Compared to filming, he felt that the people he met on modelling jobs were more cultured, and recalled how they would go for high teas before doing a show. Already known in the modelling world meant he was often more comfortable on the job. His modelling company asked him to take part in a supermodel contest organized by ATV. “I was more passive in my youth, and went for whatever others told me to. Actually, I had already made a film and should not have gone back to take part in the contest. Despite being a hot favorite, I won second place but I didn’t feel that it was a big deal.”

Reflecting on his career, Vincent admitted that he missed out on many good career opportunities due to his failure to cherish them in his youth. However, his life experiences also provided rich fodder for his onscreen portrayals. He had once left the industry to start his own business, during which he met people from different walks of life, including many individuals with criminal connections which provide inspiration for his portrayal of triad members onscreen.

Meeting up with the cast from his 1995 sitcom Happy Harmony <餐餐有宋家> recently, including Louis Koo (古天樂) and Wan Yeung Ming (尹揚明), Vincent exclaimed how everyone has changed over the years, and the only thing which remained the same was their nostalgic sentiment.