Filming for several months in Hengdian, the remake of  TVB classic  Justice Sung <狀王宋世傑> has been completed. Starring as the original Justice Sung in the 1997 drama, Cheung Tat Ming (張達明) returns as the producer in the remake.  Playing the new Justice Sung, Vincent Wong (王浩信) shared many behind-the-scenes photos on his Weibo and felt very fortunate to have filmed this series.

In the photos, Vincent is seen in full historical costume carrying a fan emblazoned with the name Justice Sung. He shaved his head for the role, showing his dedication to the character and drama. He also shared a photo with costars King Kong (金剛), Elaine Yiu (姚子羚), and Ada Wong (王子涵).

Totally immersed in character as Justice Sung, Vincent reflected, “I never thought I would be lucky enough for the role of Justice Sung. When I’m [acting as] him, it feels like a beautiful melody that you would imagine while lying in an open field. I guess this is what it feels like to be with the right person. My dopamine, endorphin, and epinephrine levels have been high during the past two months. I constantly feel like I don’t have enough time to everything I want to say.” 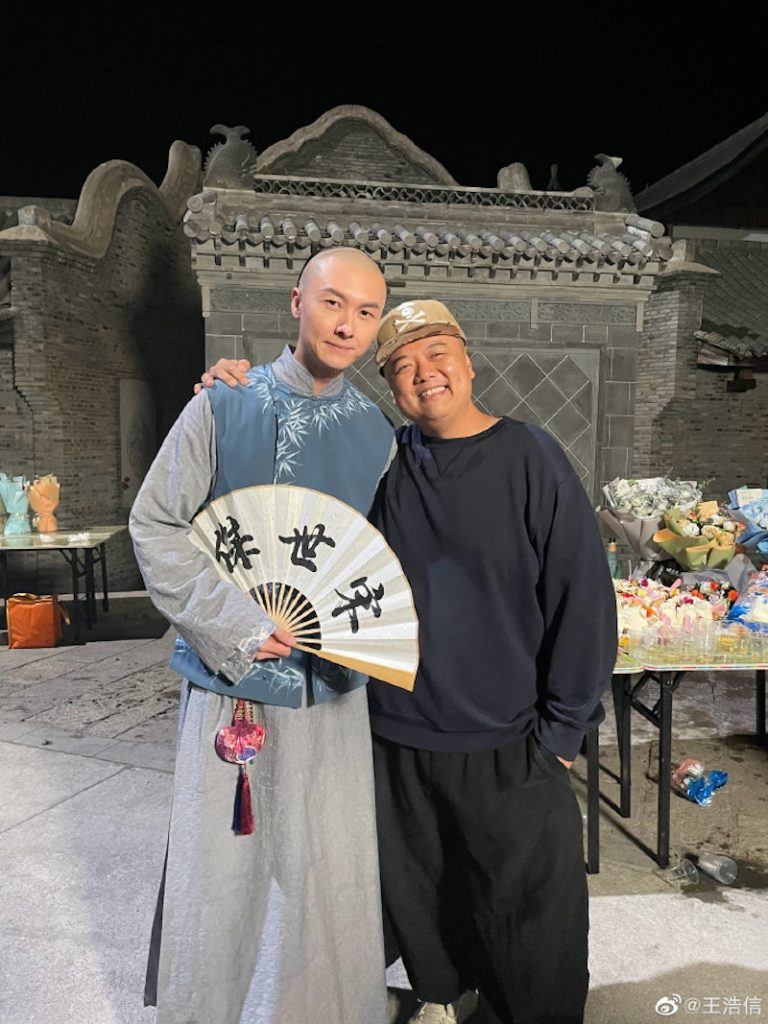