Taiwan is a popular spot for Viu TV’s supernatural reality series The Haunted Rooms 4 <入住請敲門4>, in which the MCs Louis Mok (莫竣名), MIRROR’s Stanley Yau (邱士縉) and Angel Lam (林婷) travel all over the island to visit haunted areas and interview locals about their haunted experiences.

In a recent episode of the season, the MCs visited a haunted hotel in Taichung—Lakeshore Hotel Metropolis, which despite its decently rated reviews, is also one of the city’s most haunted places.

According to the MCs, a mother had committed suicide with two of her children while staying at the hotel. Many patrons had experienced supernatural events while staying at that room since that mother’s death. One netizen shared that her children had pointed at a window and said, “There are demons outside.” The netizen herself claimed that she heard voices around the room: “You can hear the voices. You can clearly hear that they’re having a conversation, but you don’t know where it’s coming from.” Other patrons noticed that a painting in a room looked like it was a religious Taoist symbol drawn with cinnabar.

Meanwhile, Louis Mok traveled to Taichung’s Kai Tian Temple ruins, another popular haunted location, where a 16-year-old boy died after getting stabbed 68 times and tossed five floors down in 2009. A YouTuber once visited the temple and, while using a magnetic field detector, asked if the boy who was killed here had the surname Chen. A voice said yes.

Strange Occurrences on Set of “Blue Veins”; Is TVB Haunted? 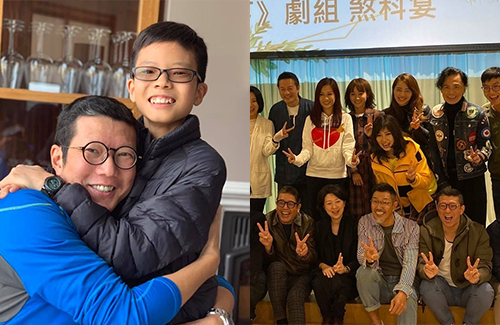 Samson Yeung encourages youths to pursue their dream, because money cannot guarantee everything.