“War of In-Laws 3” Cancelled Due to “Boscolie” Breakup 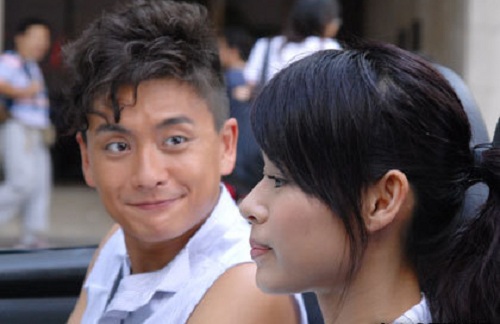 War of In-Laws <野蠻奶奶> is a classic 2005 TVB drama that created the golden trio of Liza Wang (汪明荃), Myolie Wu (胡杏兒), and Bosco Wong (黃宗澤). While filming this drama, Myolie and Bosco fell in love, in which their chemistry only strengthened in the 2008 sequel, War of In-Laws 2 <野蠻奶奶大戰戈師奶>. TVB originally planned to film War of In-Laws 3 in early 2013; however Boscolie’s breakup appeared to shake up TVB’s plans.

The first and second installments of War of In-Laws garnered high ratings, while carving Liza Wang’s new career in comedy dramas. War of In-Laws has always been a project that TVB wished to pursue. With its monopoly over free local television broadcasting rights in Hong Kong broken, TVB was eager to follow up classic dramas with sequels to guarantee ratings. This year alone, TVB will feature Ghetto Justice 2 <怒火街頭2>, Triumph in the Skies 2 <衝上雲霄2>, Beauty at War <金枝慾孽（貳）>, A Great Way to Care 2 <仁心解碼II>, and The Hippocratic Crush 2 <On Call 36小時>.

Due to the busy schedules of Liza Wang, Myolie Wu, and Bosco Wong, TVB had postponed production on its planned sequel, War of In-Laws 3. It was understood that TVB intended to film the drama after Myolie completed Triumph in the Skies 2 and Bosco finished It All Starts From the Heart <一切從心開始>.

Due to Bosco and Myolie’s breakup, Myolie allegedly did not wish to costar nor appear in a performance show alongside Bosco in the short-term. As a result, War of In-Laws 3 will likely not be filmed next year.

Regarding Boscolie’s breakup, Liza Wang surprisingly has not spoken to the ex-couple yet. Liza said, “I have no time to ask them. Both of them are adults. I feel that both of them handled the breakup very well.”