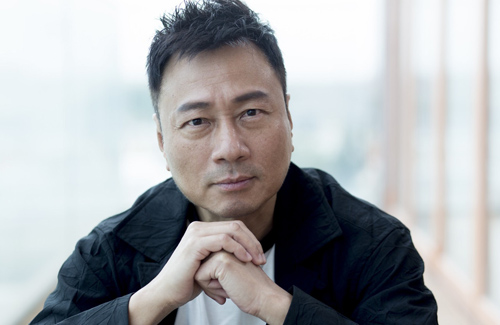 Speaking up for the station, Wayne thinks TVB still has a role in Hong Kongers’ lives.

TVB has taken a lot of criticism in recent years due to their declining quality and lack of innovation. Expressing his disdain for critical segments of the public whom he feels are lambasting TVB to either make themselves seem more superior or due to herd mentality, Wayne Lai’s (黎耀祥) feelings are not hard to understand, given that the station gave him a platform to shine.

He recounted, “When I entered the industry, the leading men were Tony Leung (梁朝偉), Michael Miu (苗喬偉) and Felix Wong (黃日華). I knew my position very well – but to have played leading man for the first time at 44 years old, and to have dramas for the ten years thereafter while being favored by advertisers – I feel that I’ve earned enough.”

Although anti-TVB voices have been growing, Wayne feels that the station still has its value. “Many viewers still need TVB. However bad it is, not everyone has the means to head out for entertainment. There are still many of us who switch on the TV after getting home. Since there still many people who still watch TV, we have to do better right?”

Playing an imperial physician in the currently airing Chinese drama Legend of the Phoenix <鳯弈>, Wayne’s character traverses the line between good and evil but is fiercely loyal to the empress. In real life, Wayne also has a strong attachment to TVB.

Despite netizens’ criticism of the station and artistes’ unhappiness with company policy such as low wages, Wayne speaks up for the station which shaped his career. “I don’t dare say how TVB treats its artistes. One thing is for sure, that is it provides artistes a huge platform for viewer recognition, through which artistes can use to earn more on the side. When outside productions need actors, they’d think of TVB actors often. TVB allows artistes to ‘earn secretly’ as long as it’s not at other local TV stations, so you have to know where to earn your keep. Is the pay very low? The market will tell you. When a day comes when no one is signing up for the artiste training class, TVB will know the ‘actors’ market rate’.”

Not a blind supporter of TVB, Wayne acknowledges that the station’s influence and ratings are nowhere near its past success. “It used to be all big stars and famous directors at TVB Studios. Now it’s different. Just look at ratings for one; in the past Rosy Business <巾幗梟雄> achieved nearly 49 points…. Now people have many options. Why not focus on the customers you have now? I feel that doing business is thus; the premise is that you have to satisfy current customers. Without customers, then the business would be eliminated.”

Besides Rosy Business, some of Wayne’s most classic onscreen roles include 1997’s Show Time Blues <樂壇插班生>, while his outstanding turn as Zhu Bajie in Journey to the West <西遊記> cemented him in viewers’ hearts. In Rear Mirror <載得有情人>, he played a driver, one of the many man-on-the-street roles he excelled in. His performance in 2016’s On the Shorter End of the Stick <公公出宮> was so well-received he filmed many travel programs thereafter; while proving himself again in 2017’s Daddy Cool <逆緣> which took top ratings for the year.

New TVB Contract Allows Artistes to Appear on Other Stations