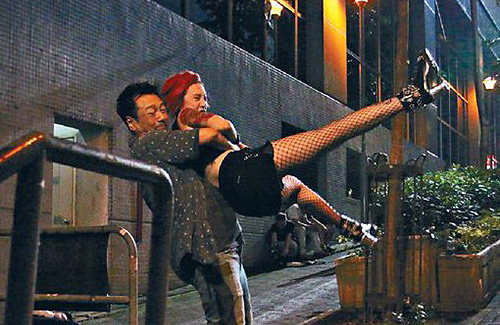 TVB’s new drama Assassin <殺手> starring Wayne Lai (黎耀祥) and Katy Kung (龔嘉欣) is in the midst of filming. A recent action scene took six hours to film, and by the time it was done, Katy was bruised all over her body.

The 28-year-old actress transformed significantly from her former good girl image to being a killer who fights for justice. Not only is Katy’s character different from past roles, but this time, she is covered with tattoos all over her body and even dyed her hair red.

Recently, the cast was spotted filming Assassin at Shau Kei Wan in the middle of the night. Katy’s character was chasing Wayne’s character who is in severe debt. Their fight scene was so difficult to film that they didn’t finish until 5 a.m.

Katy got bruised in various parts of her body, but she is thankful that she didn’t injure her face. “This is my first time filming a drama with so many fight scenes. The producer has asked me to film my own fighting scenes, but at times, I start getting tired and can’t put my fullest into the filming. However, I’m very thankful for Wayne– even when I accidentally hit him, he will still stay positive and encourage me. He helped lessen the pressure and for that, I really admire and am grateful for his professionalism. His role is definitely more tiring than mine as he is constantly getting chased and hit while carrying a fake beer belly.”

When asked if this drama would lead her to greater fame and popularity, Katy said she will try her best regardless of the role. She is always more focused on her execution and acting. Katy’s biggest fear is that her waist is getting fat, so she tries her best to go to the gym as much as possible. At first, Katy was anxious that her character in this drama would scare viewers, but instead she has been getting more product endorsements. 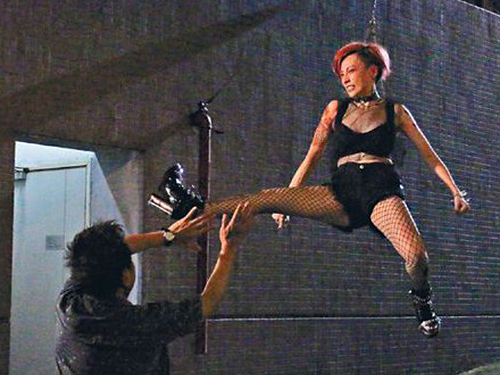 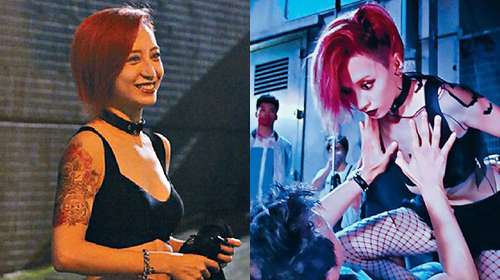