TV King, Wayne Lai (黎耀祥), Raymond Wong (黃浩然), Maggie Shiu (邵美琪), Michelle Yim (米雪), Aimee Chan (陳茵媺), Nancy Wu (胡定欣), and Natalie Tong (唐詩詠) attended the prayer ceremony for new TVB series, Big Eunuch (大太監).  Originally, Michelle Yim had to pass the opportunity to portray the role of Empress Dowager Cixi due to her work schedule, in which Maggie Cheung (張可頤) had been announced to take the role instead. As a result of delayed filming, the casting reverted back to its original plan and Michelle was excited to partake in Big Eunuch.

Michelle Yim noted, “Fortunately, the filming for Big Eunuch was delayed, thus I had a chance to join the cast! I had to refuse many other filming projects in order to take this role!” However, she did not mind losing out [on money] to take on a good script and the chance to work with good costars. Michelle revealed that the scriptwriters put a lot of effort into constructing the dialogue, which often contained rarely used phrases and will pose as a new challenge for Michelle. Wayne Lai indicated that no matter who his costar was, he was happy. He looked forward to collaborating with Michelle Yim, praising her for her extensive experience. During the filming process, they complemented each other. Big Eunuch has already completed 10 days of filming. Wayne joked that he was “completely castrated” to portray the eunuch character, Li Lianying. At the prayer ceremony, Wayne knelt before Michelle and escorted her hand as per palace formalities.

Wayne indicated that Big Eunuch did not resemble the typical palace fighting series.  The drama will also explore the journey of Li Lianying rising from a low-level eunuch to become one of the Empress Dowager’s must trusted confidantes.  Wayne revealed that he will portray Li Lianying as a 20-year-old to 40-year-old man.

The Li Lianying character gave the impression that it was an evil role. Wayne said that it was difficult to classify Li Lianying purely as a good or evil character. He explained that Li Lianying knew how to deal with interpersonal relationships extremely well. Historically, it was known that he had money-making mechanisms and knew how to establish harmony between his subordinates and superiors. Thus, it was difficult to say that he was an evil character. Wayne indicated his excitement and enthusiasm in taking the role.

In an earlier report, it was revealed that Nancy Wu and Wayne will portray the love relationship of a palace maid and eunuch. Maggie Shiu will portray the role of Empress Ci’an in Big Eunuch. Reporters teased Maggie about her marriage rumors with martial arts actor, Vincent Sze (施祖男) and whether she will be distributing lucky packets for Lunar New Year. Maggie laughed, “Artists have always given out lucky packets for Lunar New Year!” (Does it feel different to give out lucky packets with your new marital status?) “Let’s not talk about personal matters! How about we leave it for discussion next time?!”

Regarding the banning in the broadcast of When Heaven Burns (天與地) in mainland China, Maggie said, “Tell the mainland audience to find a friend to record the episodes! If they wish to watch the series, there will be a way!” Jayne: I think Wayne will excel in the role of Li Lianying. He is especially convincing in historical dramas, as Wayne is an eloquent speaker with a good knowledge of Chinese classics, poetry, and literature.

I wonder if Raymond Wong (as an eunuch) will have any romances with either Natalie Tong or Aimee Chan? Hehe Raymond will portray a highly desirable eunuch among the palace ladies?

I look forward to seeing Oscar Leung as an emperor. Hope the role will let him shine and glad he was not cast as another eunuch.

I think Elliot Ngok looks more like royalty rather than an eunuch. Lo Chun Shun on the other hand is quite convincing as an eunuch. 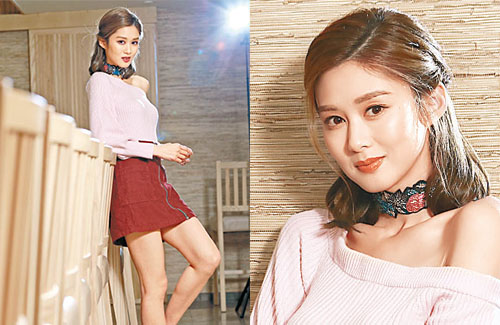 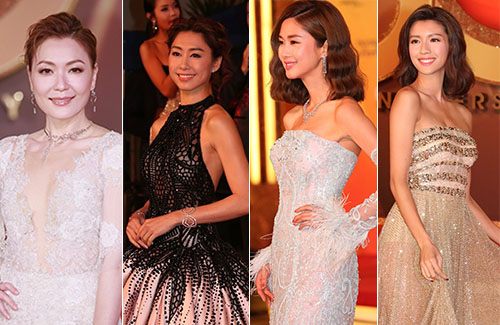 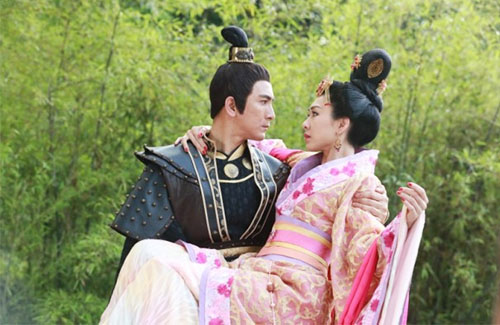 A peek into the characters that lead TVB’s 50th anniversary epic, “Deep in the Realm of Conscience”.